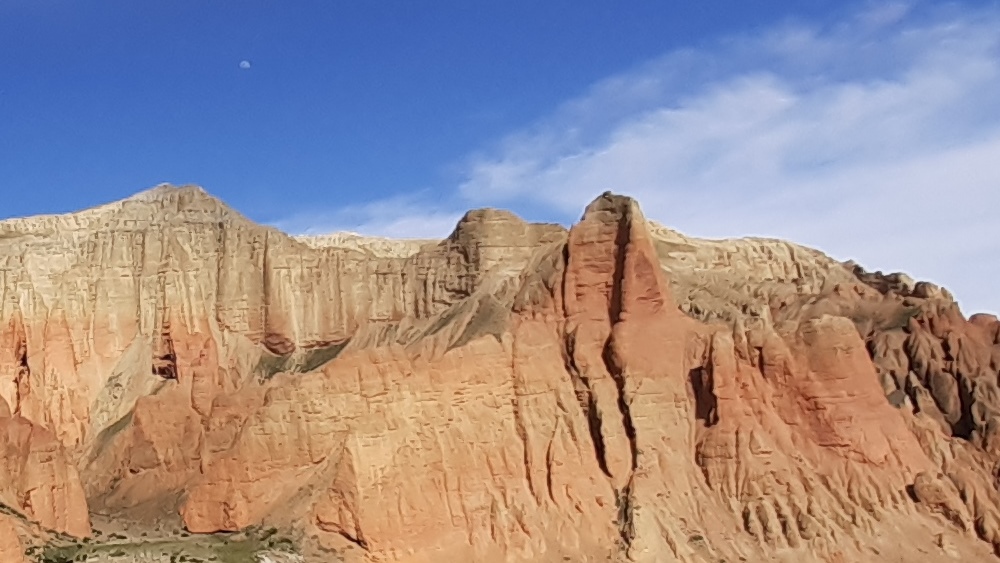 The trek passes through high peaks, passes, glaciers, and alpine valleys. The thousands of years of isolation have kept the culture, lifestyle and heritage remain unchanged for centuries, and to this date. The houses in Mustang are mostly made from stone and sun-baked mud bricks. The city wall and the four-story palace in Lo-Manthang are some of the beautiful architectures of the Mustang region. Another attraction in the Mustang region is the Tiji Festival influenced by Tibetan Buddhism, which is timed to coincide with the end of the dry season (late winter/spring). The Mustang people have their own way of family life, which is quite surprising for many outsiders. All the brothers in the family are married to a single girl, what you may call a practice of polyandry.

The Trans Himalayan Mustang Region is also known as the Last Forbidden Kingdom, since the region was restricted for outsiders until Nepal Government announced the opening of the restricted areas in October 1991. The Mustangs or the people of Mustang call themselves Lobas, and they have their own King or Tribe-leader, Jigme Palbar Bista. After Nepal was declared a republic in 2007, the Nepal Government took back the official recognition of the Bista as the Mustangs King. However, the people there still respect him as their King or tribe leader. Bista also grants an audience the visitor upon request.  There is also strict control in obtaining a special permit from the department of immigration to protect their traditions from outside influence as well as to protect their environment. The Upper Mustang trek starts from Jomsom to Kagbeni, the entry point of the upper Mustang Region. Follow the banks of Kaligandaki River upstream to get to Lo-Mangthang, the capital of the upper Mustang.