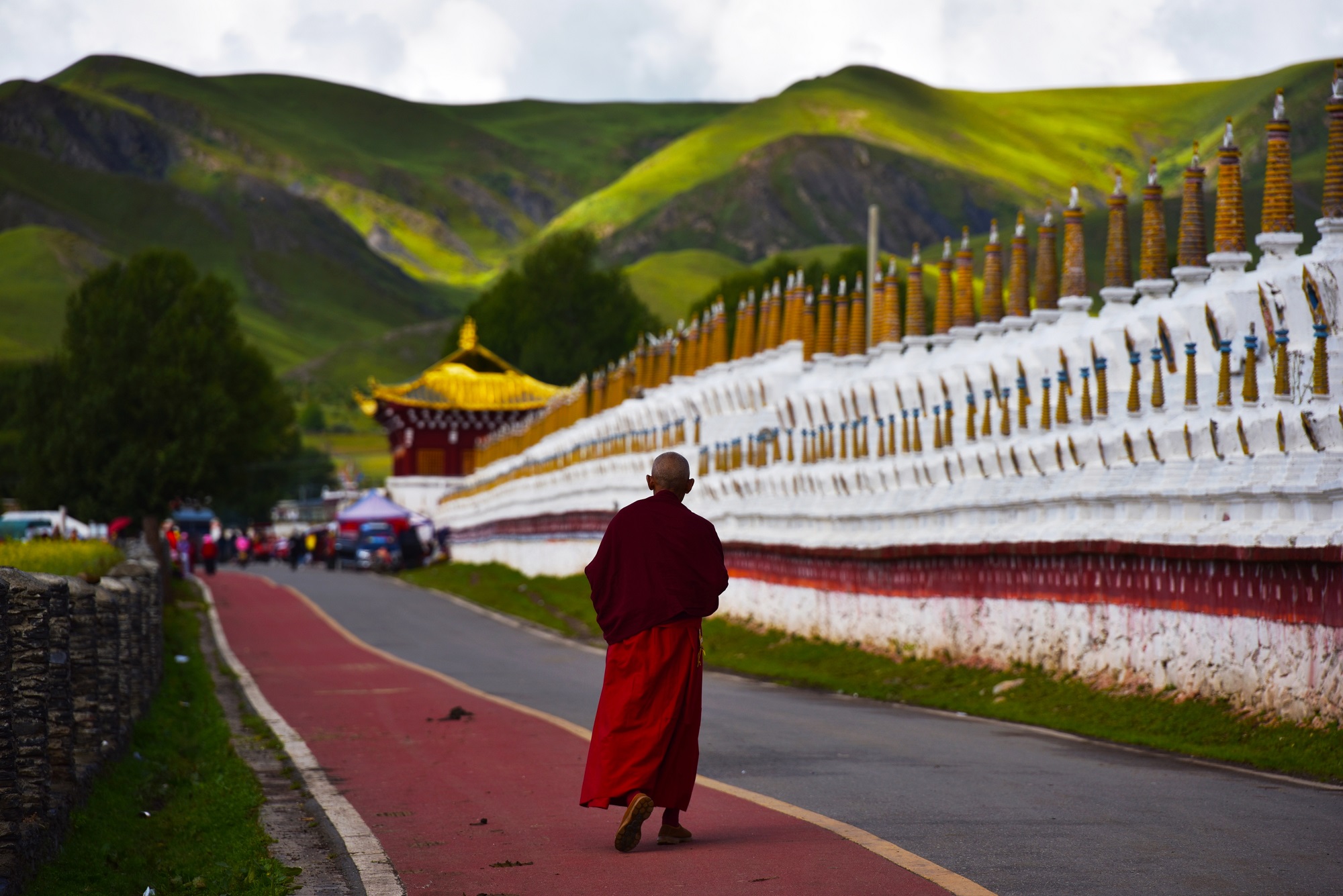 In the 7th year of Yongzheng (1728), the government of Qing Dynasty invited the 7th Dalai Lama Kalzang Gyatso to take refuge in the Huiyuan Temple (Gatar Qiangbaling in Tibetan) due to the unstable situation in Tibet. The goverment allocated silver and acquired more than 500 mu of land to build temples and palace buildings. Emperor Yongzheng bestowed Huiyuan Temple a huge golden name plaque "惠远寺". The 7th Dalai Lama Kalzang Gyatso lived in this monastery for 7 years from 1728 to 1735. The 11th Dalai Lama mkhas-grub-rgya-mtsho was born here, and since then Huiyuan Temple has a deep influence in Tibetan areas. Huiyuan Temple is located in Xiede village, Daofu county, Ganzi Tibetan Autonomous Prefecture, Sichuan Province, Southwest China, with an altitude of 3550 meters.