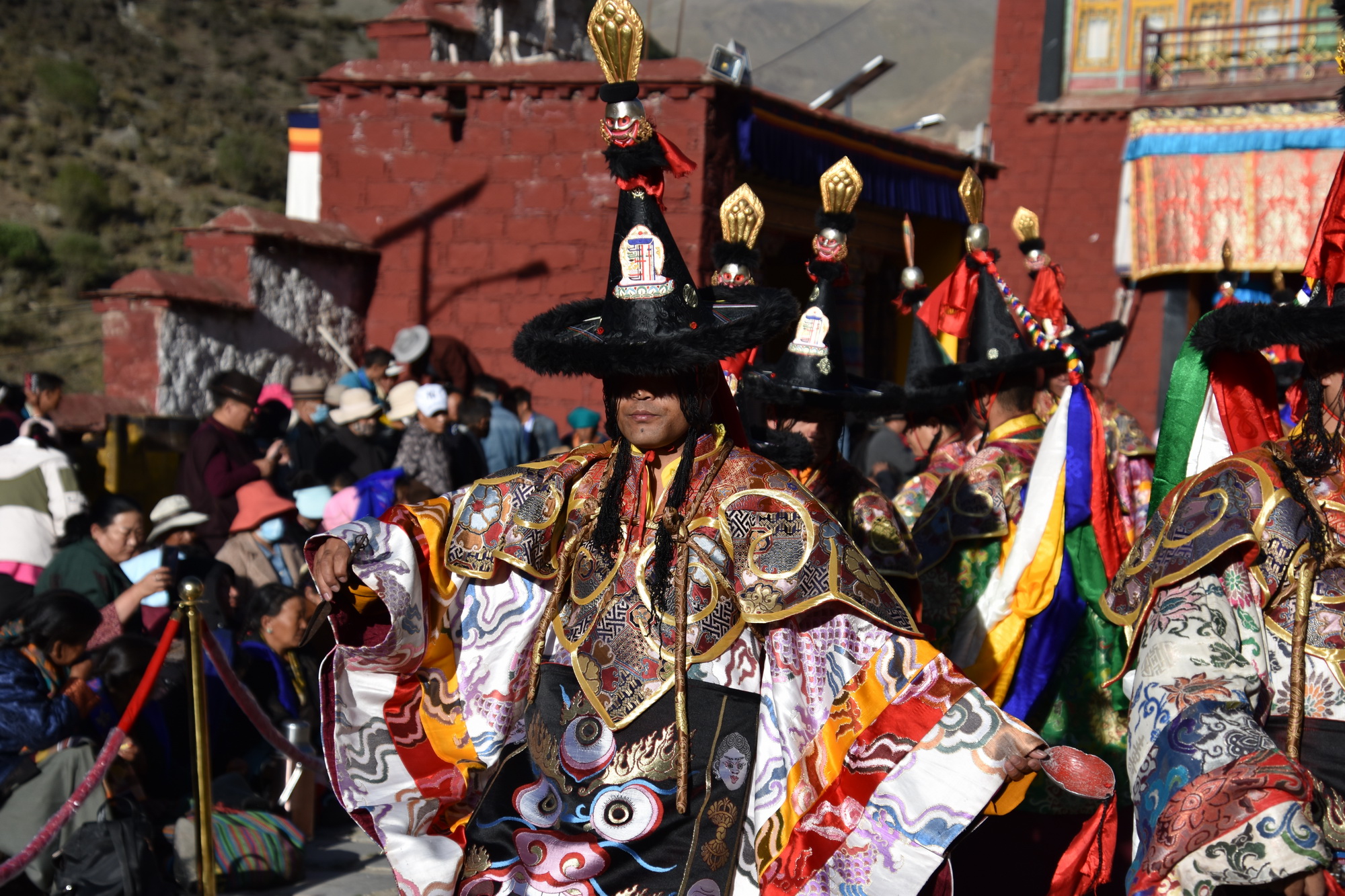 Mask Dance is an annual activity of Tsurpu Monastery, and it is also one of the major components of Summer Prayer Festival. At 2:00 pm on April 9th of Tibetan calendar, more than 100 monks from Tsurpu Monastery walk slowly to the center of the temple square and perform the mask dance (Cham) with trumpet to prepare for the next day's mask dance. It said that Buddhist master Padmasambhava came from India to Tibet on April 10th to carry forward Buddhist dharma. The Tsurpu Monastery is holding the mask dance on the same day to commemorate the master, expel the evil, and pray for health.

The dance ritual, one of the traditional religious dances, is called "Cham" in Tibetan. According to the content of music, players will dress in long garbs, and wear masks, and hold ritual objects such as knives and shields in their hands. Besides, the accompaniment music is played by musical instruments such as cymbals, buffalo horn, suona, etc. This traditional ritual has been popular for thousands of years.

The dance ritual is highly respected by Tsurpu Monastery and is performed well, which thanks to their attention and inheritance as well as generations of Karmapa' efforts - Karmapa would set an example to learn it and perform it in important holidays.

With the end of the dance ritual and the sound of Suona, a high-status monk who has a litten incense will walk to the front of two furnaces at the middle of square to light the pine branch. And the monks and the public who stood near the furnaces with Hada in their hands will give Hada to the monks who performed Cham one after another. Then, the performance is coming to an end.