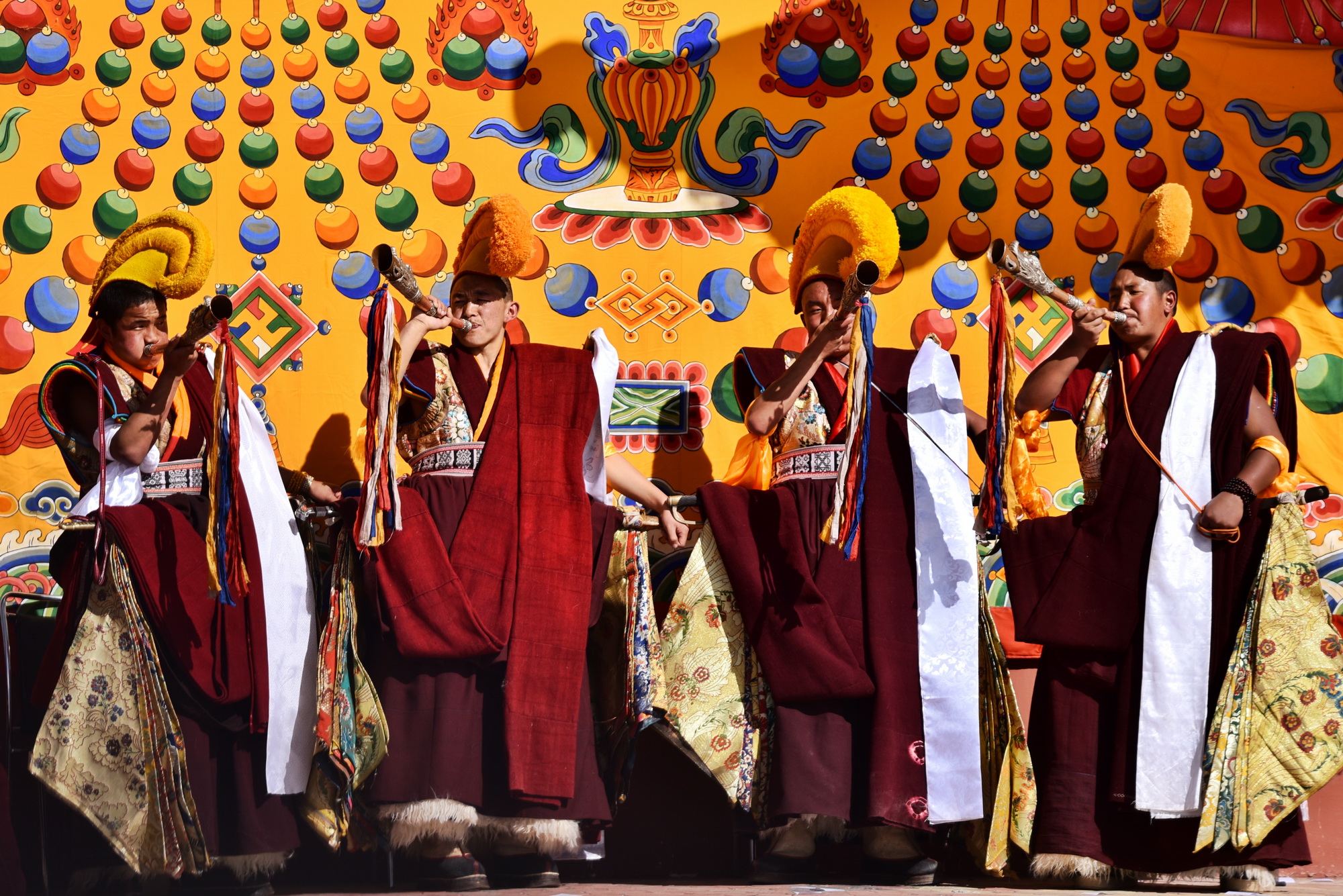 The Festival of Monlam, also known as the Prayer Mass, is the grandest religious festival in the Tibetan areas during the Spring Festival (New Year Festival, Losar). Originally it was the preaching meeting called by the legendary Tsongkhapa - the founder of the Gelukpa School in 1409 at the Jokhang Monastery in Lhasa. Thousands of monks near or far gather for prayer and Buddhist debate. During this time, the faithful listen to the sermons.

Aba is an important cultural center of the eastern Tibetan area Amdo. The Monlam festival in Aba offers you participation in the various religious ceremonies in the monasteries such as Kirti (Ge'erdeng Si), Gomang (Gemo Si) and Bon Monastery Nangshig (Langyi Si) with the colorfully dressed believers and monks.

A highlight of this festival will be the "Sunning of the giant Buddha Thangka". In the process, a giant thangka is brought up the mountainside and then unrolled from top to bottom to pray for bliss. Throughout the days of the festival, the lovely masked dances, prayer ceremonies and the party of the believers come through.