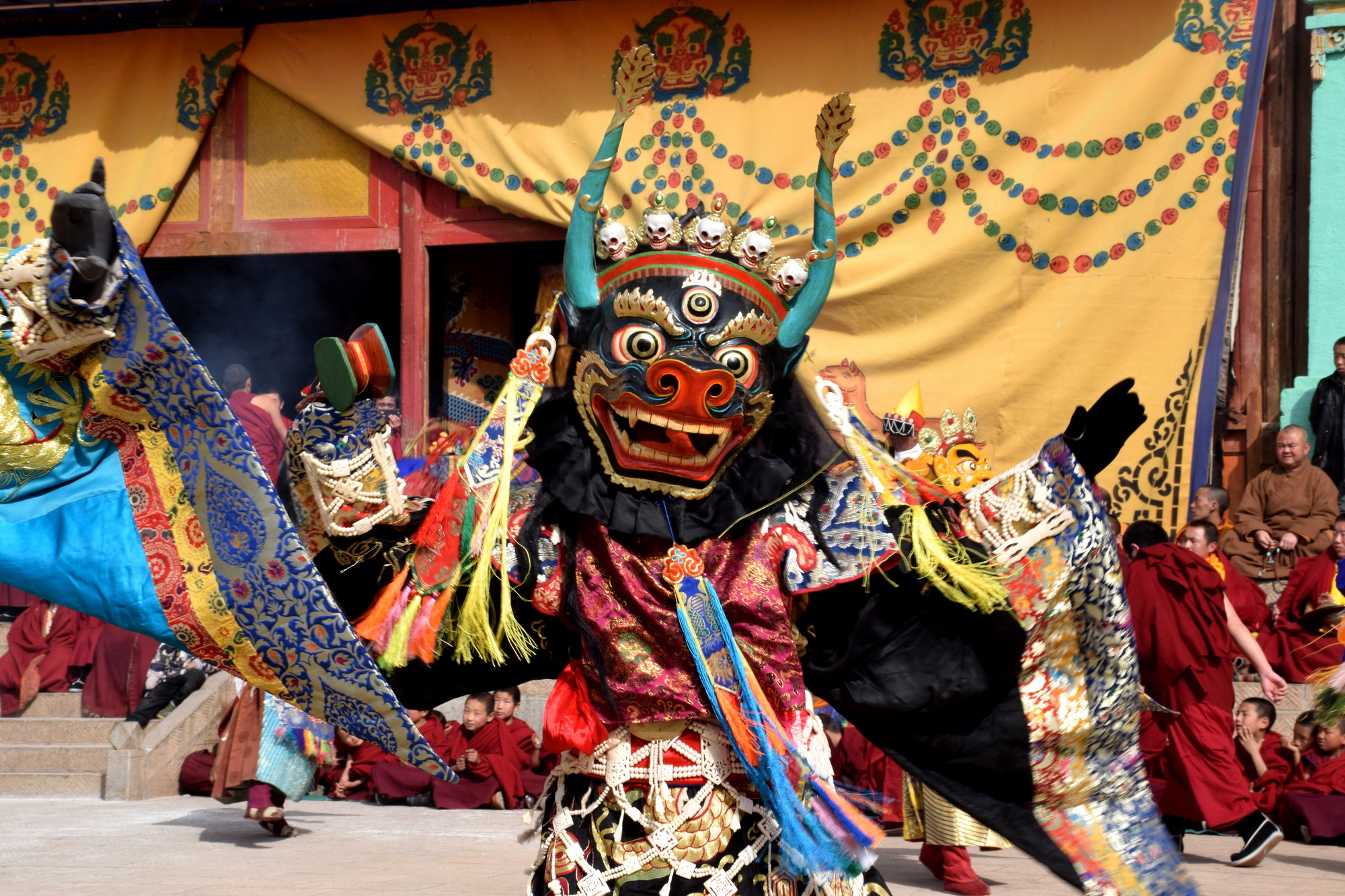 Tongren is called “Repkong” in Tibetan and means the golden valley where the dream comes true. In 2009, Repkong art was added to the list of World Intangible Cultural Heritage. With strong religious art style and folk style, the Repkong art is characterized by painting, sculpture, pile embroidery and so on.

The Monlam Festival originates from the prayer festival that was held in 1409 by Buddhist master Tsongkhapa in the Jokhang Monastery in Lhasa. It lasted 15 days from the evening of January 3rd to January 17th.

Repkong Monlam Festival is held in Repkong (Tongren) County that is known as the “Homeland of Thangka”. There are main programs: