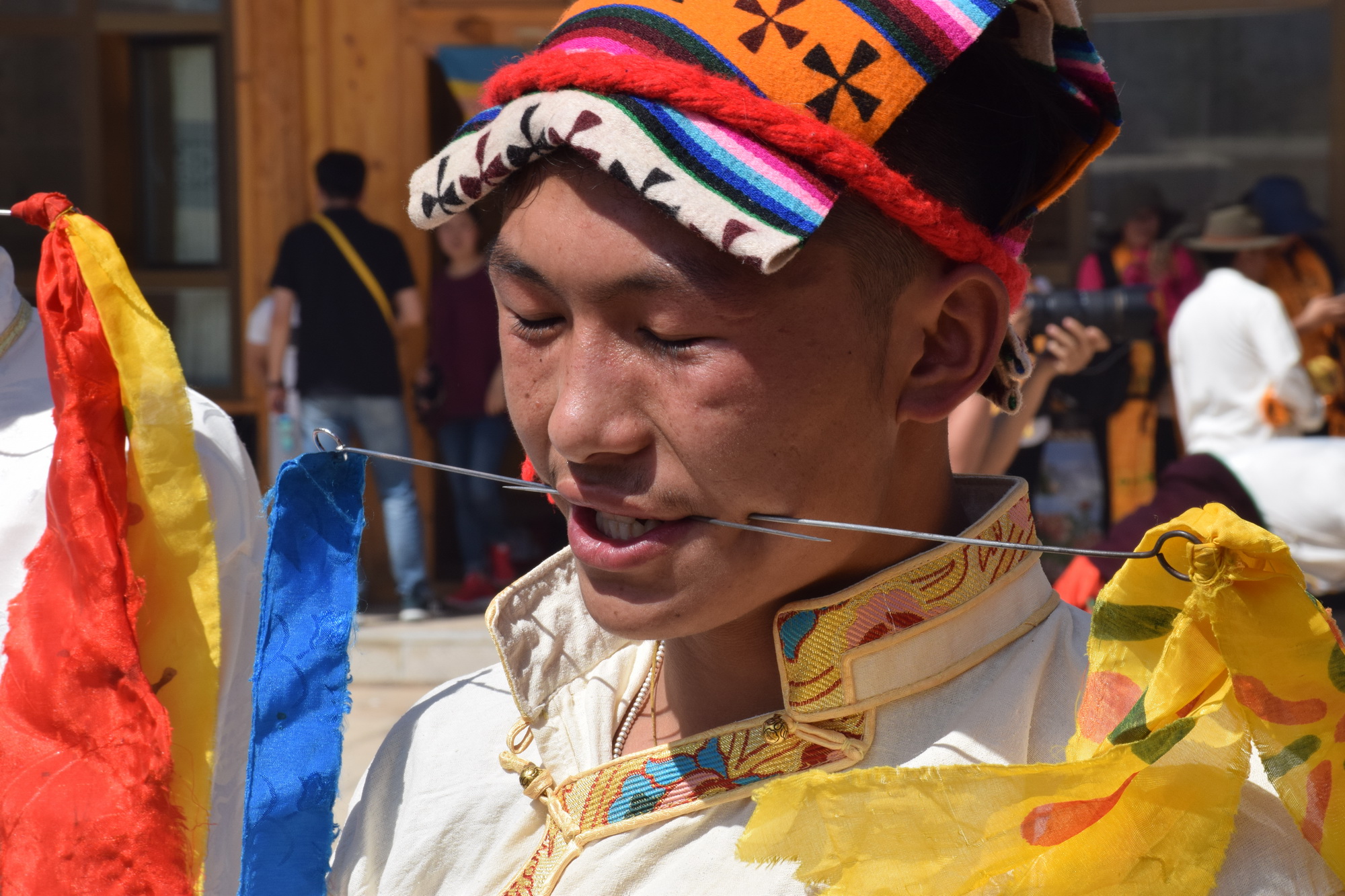 The Shaman Festival in summer is a traditional folk festival that spreads widely in Tibetan and Tu Nationality in Regong (Tongren) of Qinghai Province. Held every year between 17 and 25 of the sixth lunar month, it has been popular for more than 1400 years.

The participants are all men and maidens, but the others are just audiences.

Through this great festival, the local people hope for harvest, peace prosperity and a happy life. Many holy ceremonies would be viewed during the festival, such as Shang Kou Qian (The master uses two steel pins to pierce the volunteer’s cheek.), Shang Bei Qian (The master uses ten to twenty steel pins to pierce the volunteer’s back.), Kai Shan (The master cuts his own forehead by a knife and sprinkles the blood all around.), and the others. Not only these holy ceremonies but also the whole festival are conducted by Shaman or the leader of ancient religion. Assembling at the Mountain-Gods Hall, women would sing and dance for the God of Mountain.