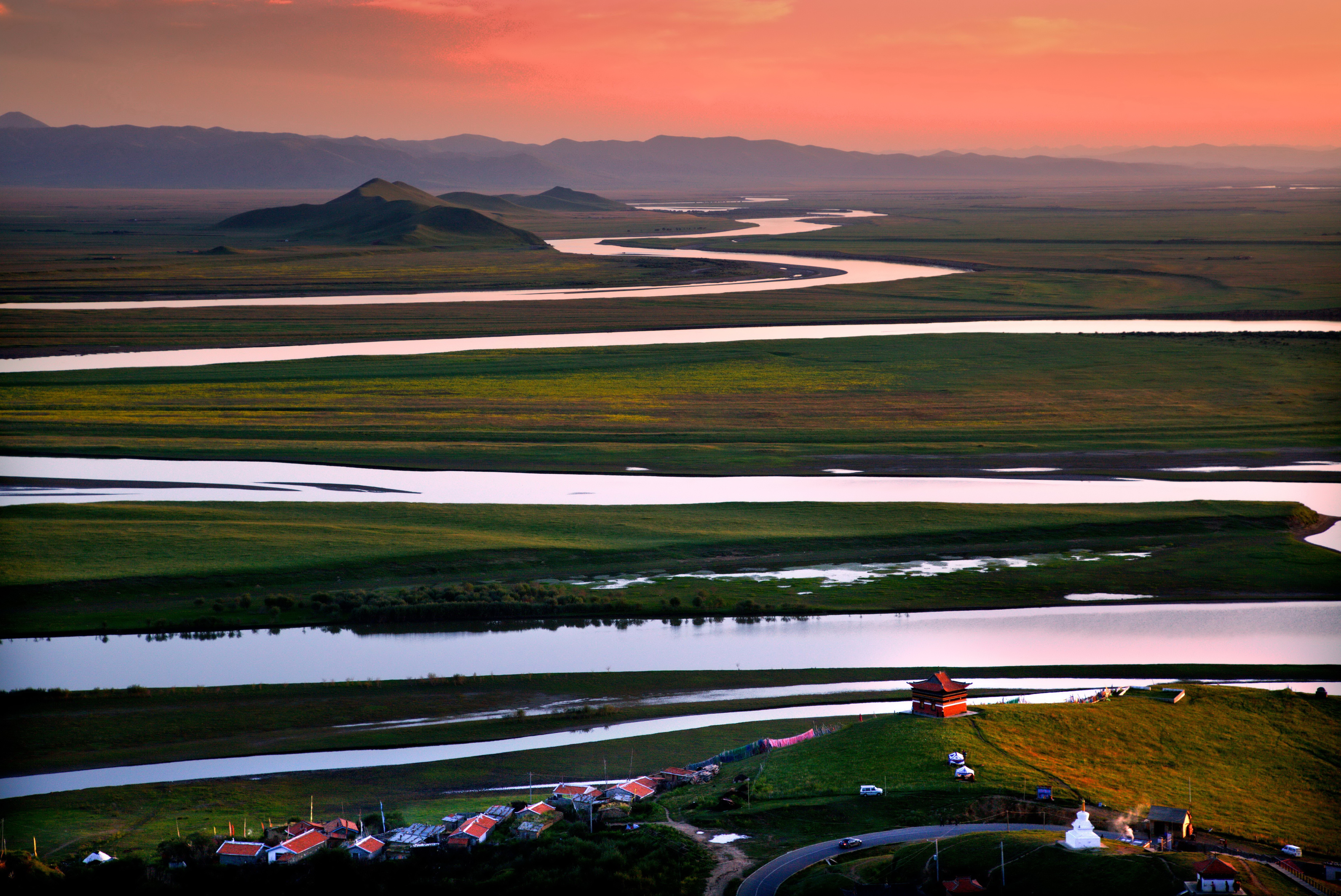 The First Bend of the Yellow River is located in Tangke Township, Ruo'ergai County, Aba Autonomous Prefecture of Tibetan and Qiang Minority, Sichuan Province, which is the the junction area of Sichuan, Qinghai and Gansu provinces.

Among the ninety-nine bends of the Yellow River in China, the most beautiful natural sceneries are the First Bend at Tangke and Hukou Waterfall. Because these two landscapes are just like the "Taiji-diagram" of Yin and Yang in the "Book of Changes" (Zhou Yi) on the map, they are known as the miraculous three-dimensional map of the Yellow River, which is a large S-shaped curve formed when the Yellow River passes through them.