The Geography Of The Everest Base Camp Area 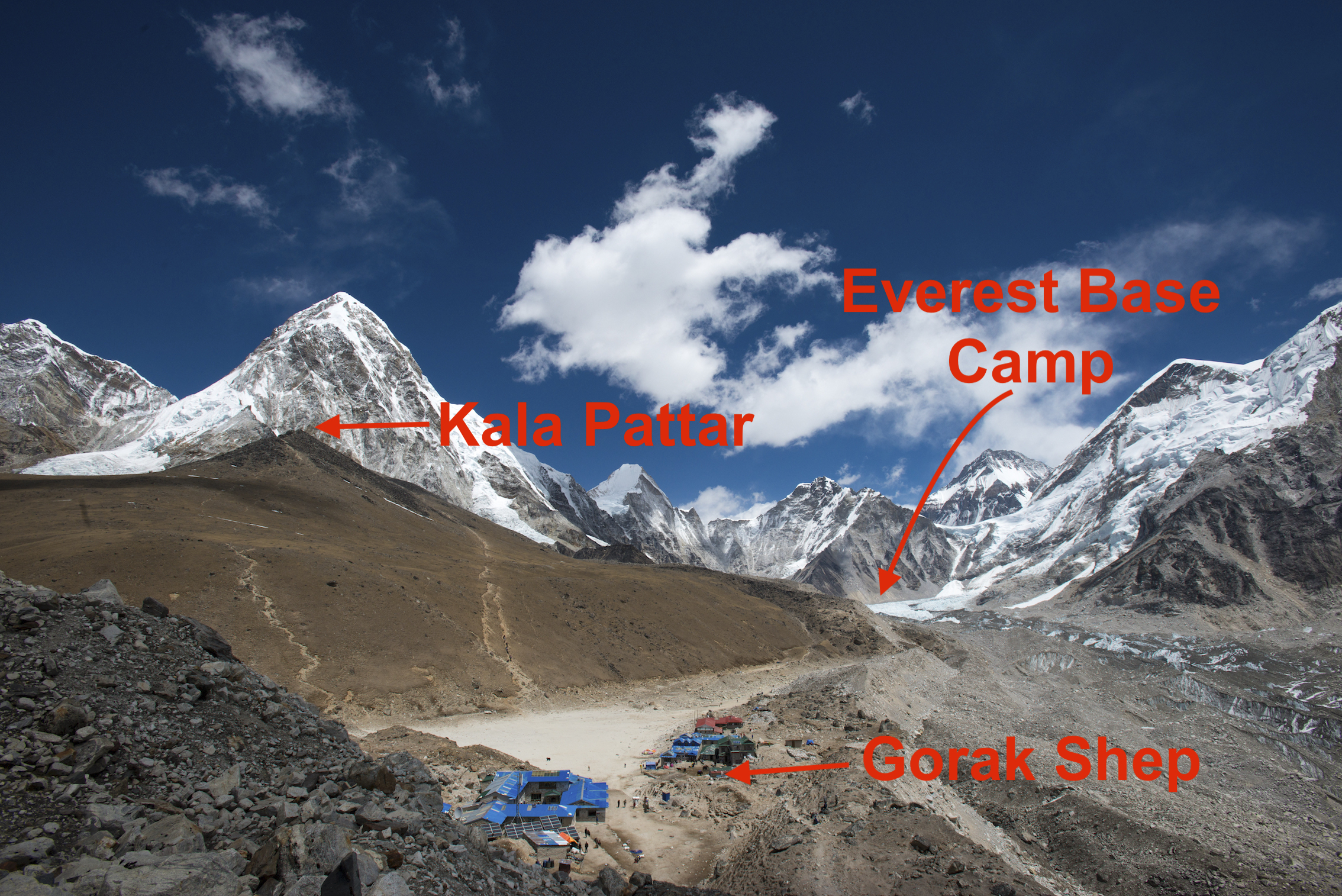 Ever wondered what the layout of the Everest Base Camp area looks like?

Hopefully this photo will give you a better idea.

Gorak Shep is where those hardy enough to have made the trek up to Everest Base Camp stay. Gorak Shep is simply a collection of a few trekking lodges and reputed to be the highest of their kind in the world!

It is from Gorak Shep that trekkers make a return day hike to Everest Base Camp.

Usually during the trekking season (October-April) there isn't any activity at Everest Base Camp.However, those that trek in May (the Everest climbing season) may see the amassed tents of the various climbing expeditions at Base Camp.

One commonly held misconception is that you can see the summit of Everest from Everest Base Camp. Actually you can't as the main peak and Everest's summit is hidden from view by the "west shoulder" of Everest. However, you do get some pretty amazing views of the massive Khumbu Icefall, which is considered by climbers to be one of the most dangerous sections of an Everest summit bid.

Thinking of trekking to Everest Base Camp?

Check out our Everest Treks & Tours