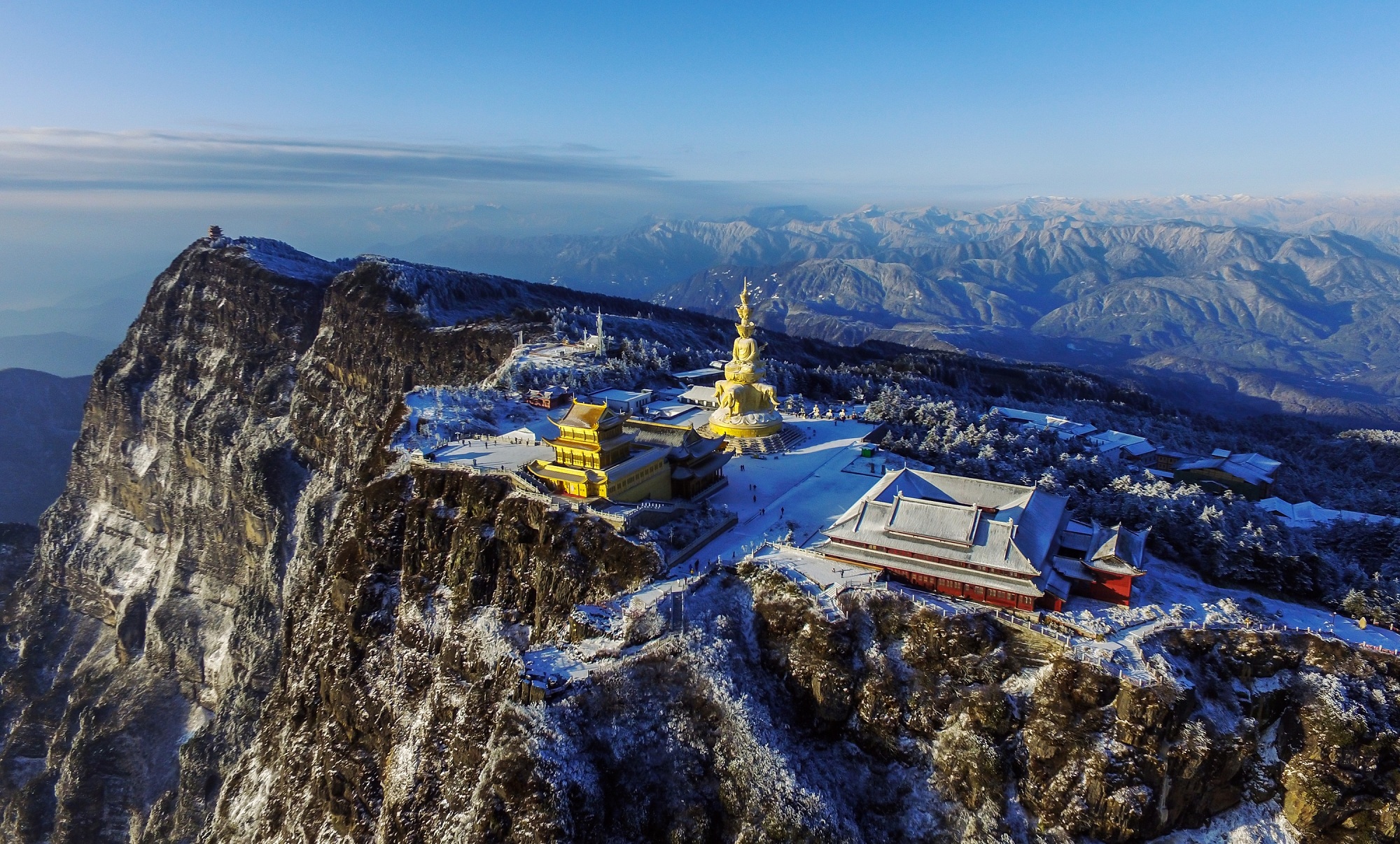 At 3079 meters, the magnificent Golden Summit (Jin Ding) is as far as most hikers make it. After the earthquake in Wenchuan on May 12, 2008, the altitude of Jinding was raised by about two meters from the original 3,077 meters. At the Golden Summit, you can watch the four wonders of Emei - sunrise, sea of clouds, Buddha light, and holy lantern.

At the highest point of the Golden Summit, there is a rare treasure called the "Bronze Hall of Golden Summit ", it is Master Miaofeng asked Lu'an (The seignior of Western Shu Dynasty) to donate it in the 30th year of the Wanli Period of the Ming Dynasty (1602 AD). The hall is 8 meters high, 4.8 meters wide, and 4.3 meters deep. The whole body is welded with copper.

The Huazang Temple at Golden Summit is built on a hillside, and on the central axis there are three halls from low to high: Maitreya Hall, Daxiong (Sakyamuni) Hall and Puxian (Samantabhadra) Hall.

On June 18, 2006, the grand and solemn inauguration ceremony of the newly built Huazang Temple and the opening ceremony of the Bronze Statue of 10-direction-Bodhisattwa Samantabhadra with a height of 48 meters (including the Sumeru seat) was held.

Both Emei Mountain and the Giant Buddha in Leshan were listed in “World Cultural and Natural Heritage” by UNESCO in 1996.

Emei Mountain is one of the four holy mountains of Buddhism in China (the others are Putuo Shan, Wutai Shan and Jiuhua Shan), and the holy mountain of Bodhisattwa Samantabhadra (Puxian).