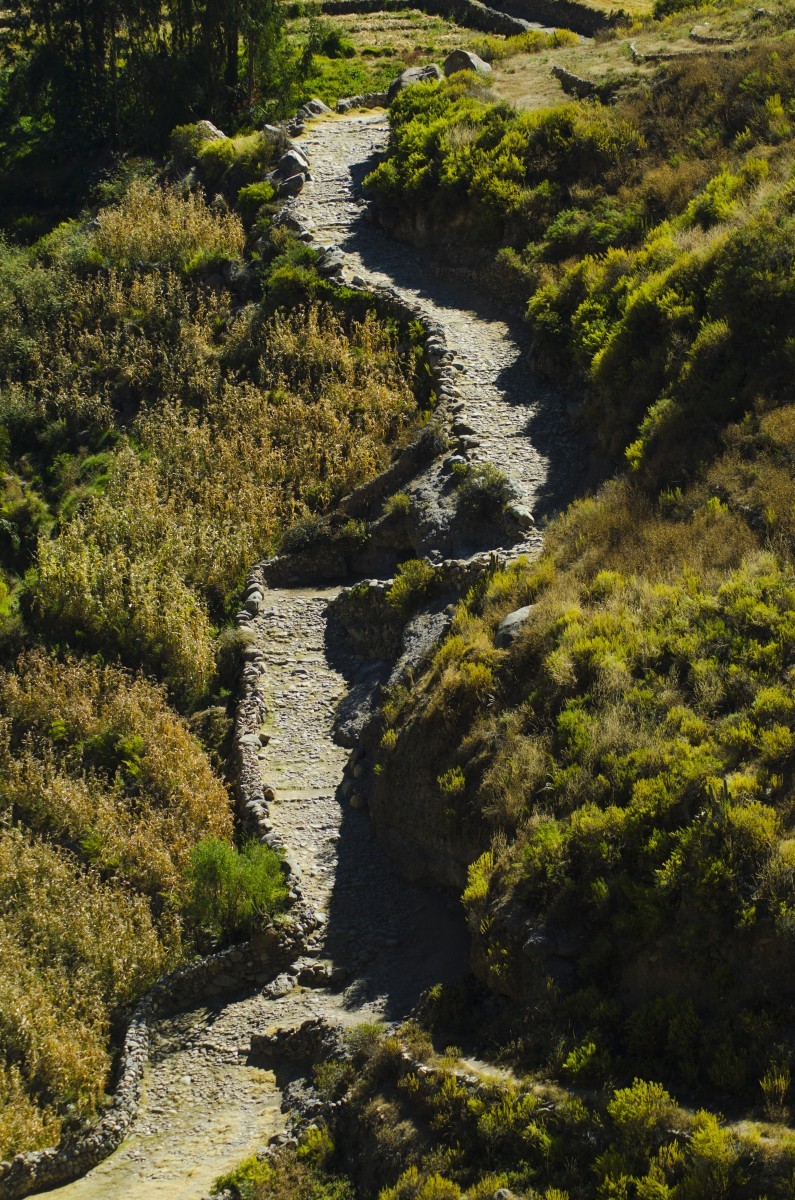 This network of roads, over 37,000 miles long, linked the entire Tahuantinsuyo Empire and connected several production, administrative and ceremonial centers. The Qhapaq Ñan is certainly an invaluable expression of how our ancestors organized and planned the work force, vital to the development and unification of the Inca empire.

The Qhapaq Ñan, which means "Great Inca Trail" in Quechua, stretches through different territories of South America including Peru. It was inscribed on UNESCO's World Heritage list in 2014, in the category of cultural route; a total of 485 miles being declared a World Heritage Site, with 155 miles of this trail corresponding to Peru.

The largest network is located in Cusco, but there are also routes that pass by Lake Titicaca in Puno or the stretch between Vilcashuamán and Pisco. You can enjoy part of this trail near Lima, from the central highlands to the Pachacamac archaeological site.

How did the Qhapaq Ñan work?

This network of roads was the lifeline of the Inca Empire and a symbol of its size and strength, with the Andes Mountain Range as its backbone. It played an essential role in the communities, since it not only connected one town with another, but the roads were also used as a means to transfer knowledge, ideas, goods, customs and products, linking and integrating various distinctive ecological areas of the Andean region.

Bridges were created to connect towns and the river with the Andes. Four types of bridges were built, some with heavier materials than others. The tambos, places that were used for lodging and storage, were an important part of this great road, built mainly of stone and earth. These sites were separated by a distance of 12 to 19 miles and had basic resources such as water, food and shelter.

It should be noted that the construction of these roads was started by pre-Inca civilizations such as the Moches, Chimús, Waris and Tiahuanacos. But it was the Incas who finished and perfected a much more elaborate and organized system that was not only used for communication between towns, but which also served as defense in the Tahuantisuyo.

The Qhapaq Ñan has many sections in which there are two parallel roads on a major route. It is known that one of them would have been used by the Inca, his court and his armies, while the other was intended for the people and their merchants.

Distribution of the network

Of the more than 37 thousand miles that make up the Qhapaq Ñan, more than a third of it runs through Peru, covering approximately 14,000 miles.

Peru is home to important vestiges of this great road network, whose main hub is Cusco, where it begins in the Huacaypata, modern-day Cusco's Plaza Mayor. The roads pass through the central highlands and travel along part of the coast to reach the Huaca Cabeza de Vaca in Tumbes.

The Qhapaq Ñan still links many Peruvian towns; it continues to connect communication, production and trade networks between the communities that move along its sections.