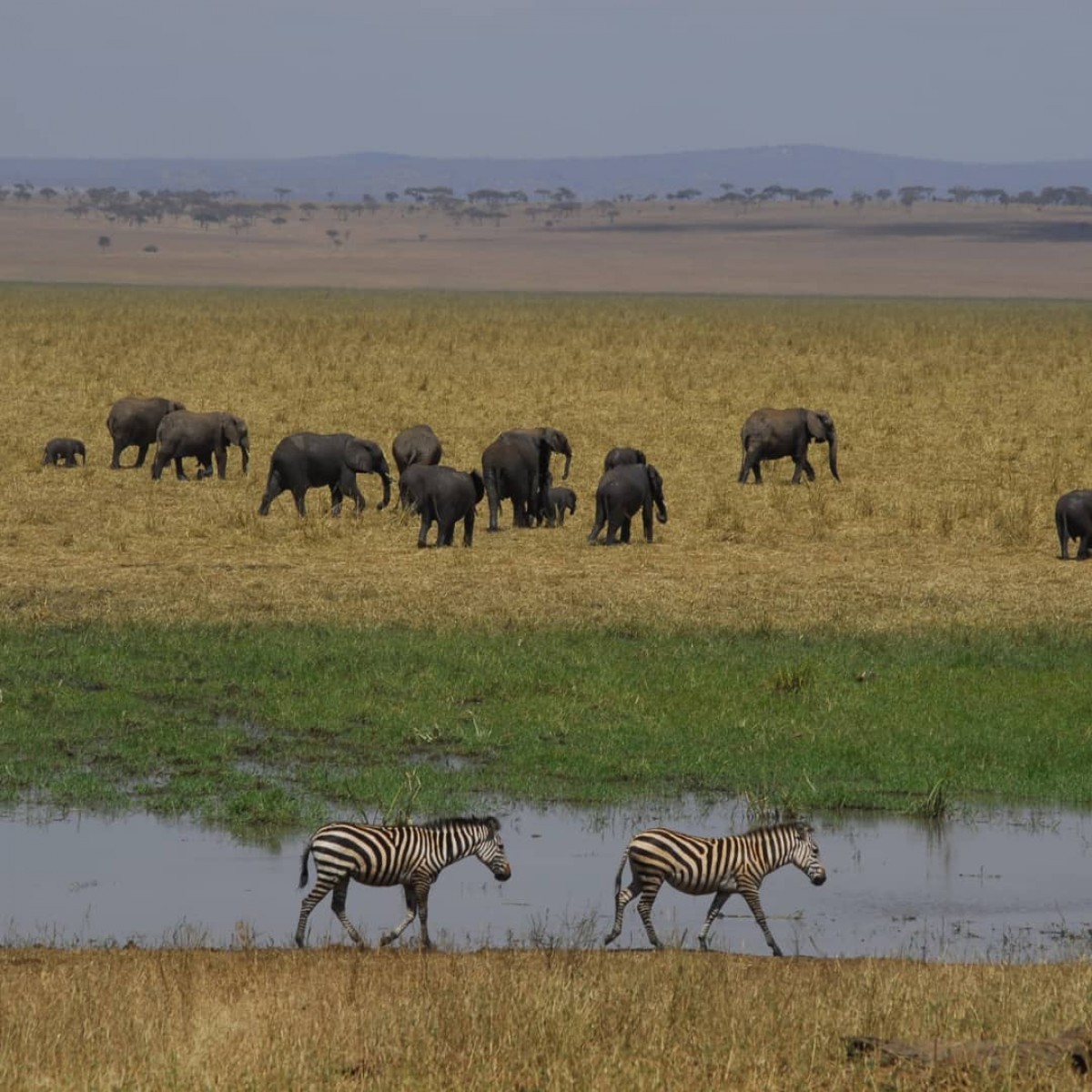 Tarangire national park is hidden jewlery just 120km from Arusha town, the tourist harbor of the Tanzania  Northern circuit national parks established in 1970, has the largest elephants populations than any other national parks in the world, is also known as " the elephants play ground".With an area of 2600 square km, Tarangire is the dry season refuge for the migratory animals attracted by the  tarangire river which flow the whole year around. With the different type of vegitations and landscape,Tarangire has the highest animal population second after Serengeti national park.The animals which are found in this park include elephants,impalas,oryx,elands,girraffes, gazelles, dik dik,leopards, lions and cheeetahs.

The best time to visit this park is during the dry season from June to October, though it can be  visited during the  green season." Welcome to Tarangire the land of giants due to it's dansely population of elephants and baobab trees.