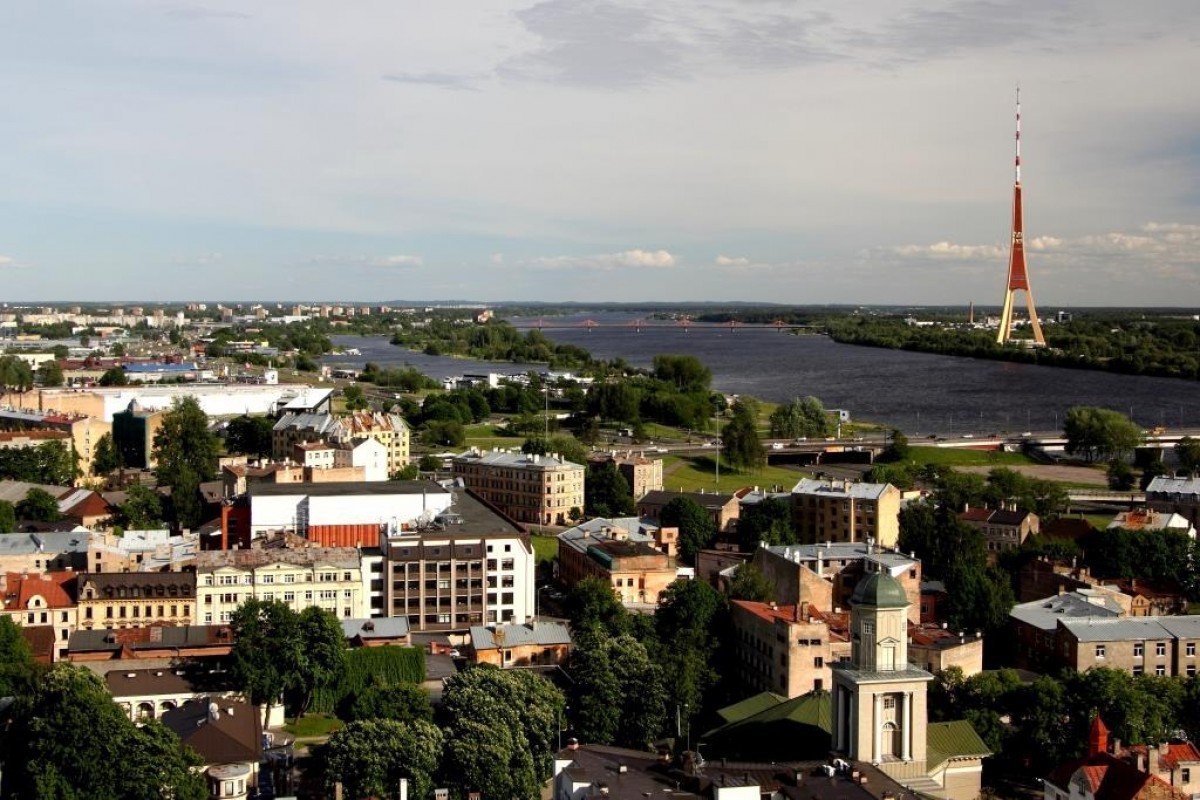 On the top 5 cities in Latvia the first is Riga. The legend says ‘Riga is never ready!’, and in some way it is true. Being the largest city in the Baltics, its looks are changing continuously. Hundreds of years between being the German Crusader stronghold and becoming the capital of the Republic of Latvia have left their signs.

Riga Old Town is the territory where the Crusader castle was built, and you can see some of its elements till nowadays. However, the most prominent architectural style in Riga is Art Nouveau. The city center with its quality and quantity of Art Nouveau buildings sometimes even trumps other metropolises known for it. Riga has even its own Art Nouveau museum. The most famous streets are Alberta, Elizabetes and Antonijas street, but don’t stop there! Riga offers more than 800 Art Nouveau buildings, so take your time, lift your eyes up and enjoy the beauty of Brīvības, Terbatas, Barona, Valdemara and other streets in the city center!

Riga stretches also on the other side of the Daugava River. The left bank has developed from Baltic German manor houses and farming land to modern urban areas. The districts closer to the city center, for example, Agenskalns, and Kipsala Island, have preserved their romantic wooden architecture. The districts further away from the city center, for example, Imanta and Ziepniekkalns, are examples of Soviet architecture from the 70s and 80s. In Ziepniekkalns you can find the longest 9-floor living house in the Baltic States (Ozolciema Street 18)! 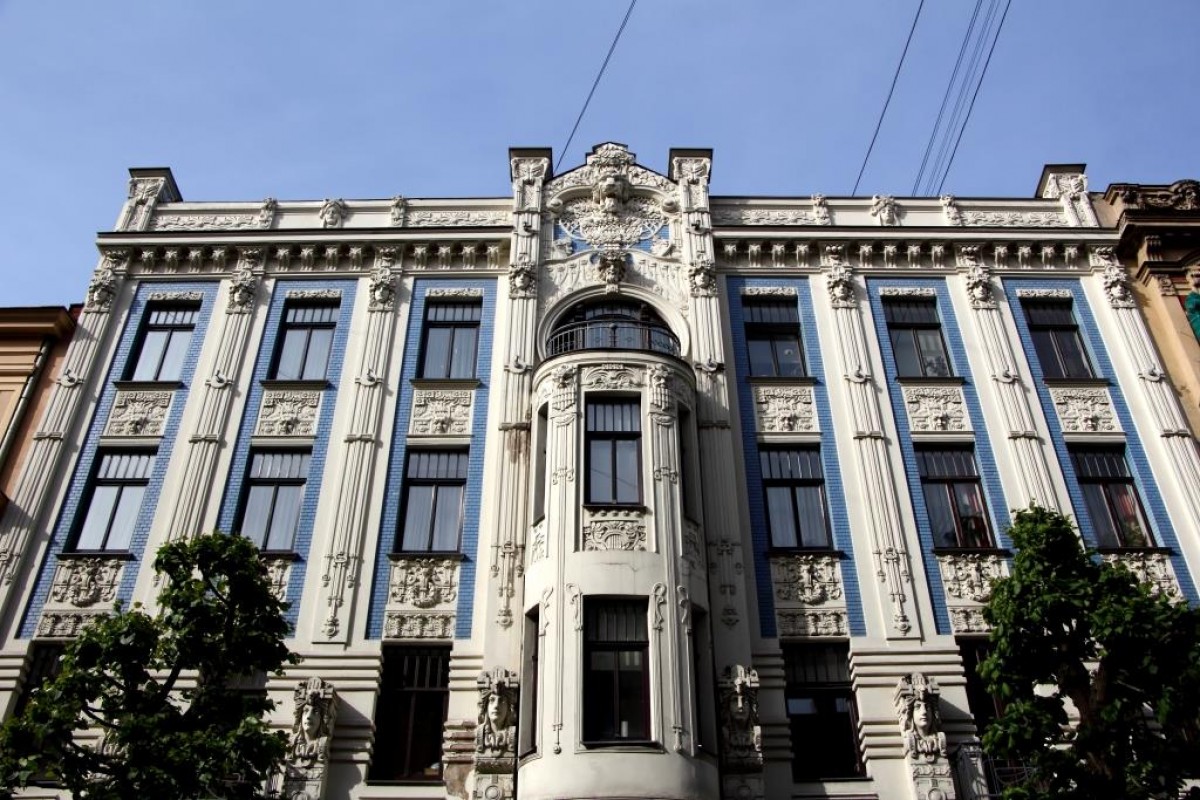 Liepaja is the most exciting seaside city in Latvia. Being the former capital of Latvia it plays an important role till nowadays. Not only the wind is born in Liepaja, but also most of Latvian rock musicians! The city has a lot to offer on each corner – bars in the city center invite you to enjoy live music, sailors on the promenade welcome you on their boat decks to enter the Baltic Sea water, lovely architecture in the Old Town asks you to leave your plans aside and just wander around.

From all the top 5 cities in Latvia, Liepaja has a unique combination of partying mood on the beach, freedom vibes of rock music all around the city and historic atmosphere at the military harbour territory Karosta. Karosta has the only military prison in Europe which is open for tourists! 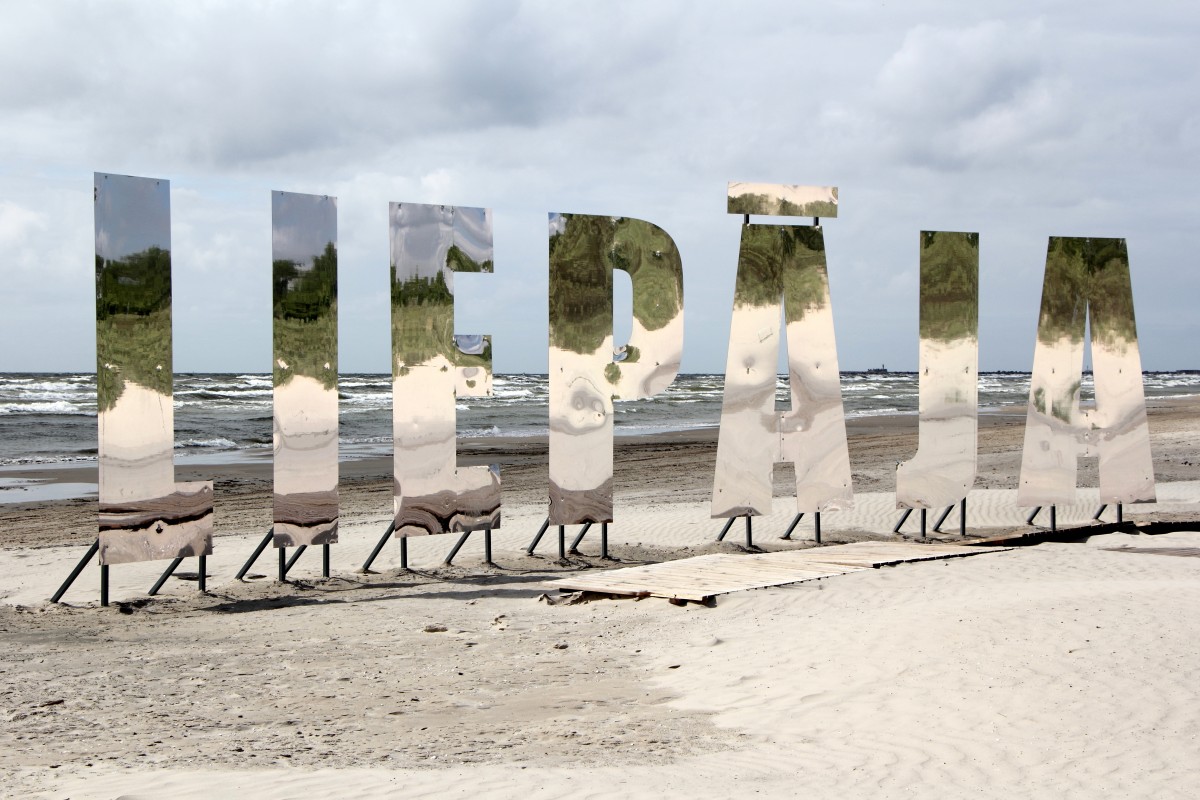 On the top 5 cities in Latvia Kuldīga is the most romantic town in Latvia where you can get lost wandering around beautiful cobblestone streets. You can still feel the breath of the 17th-18th century building style. The city center with the widest waterfall of Europe is so impressive that even fish start to fly! No joking, in the spring vimbas swim against the current across the waterfall and it looks like they are flying. Although, the main reason for visiting Kuldīga is its lovely architecture and charming atmosphere, it is a great destination for nature lovers too! You can relax on the beach at the Venta River or, if you are brave enough, walk across the waterfall, as well as explore various hiking routes starting from the city center and going along the Venta River.

The best is to enjoy Kuldīga slowly. Numerous restaurants and coffee shops wait for you in the small winding streets. Take a cup of coffee or glass of wine and enjoy the beauty that surrounds you! Many modern art lovers seek inspiration in Kuldīga Artists’ Residence.

Read more about Kuldīga in our blog – Kuldīga: a Perfect Place for Romantics 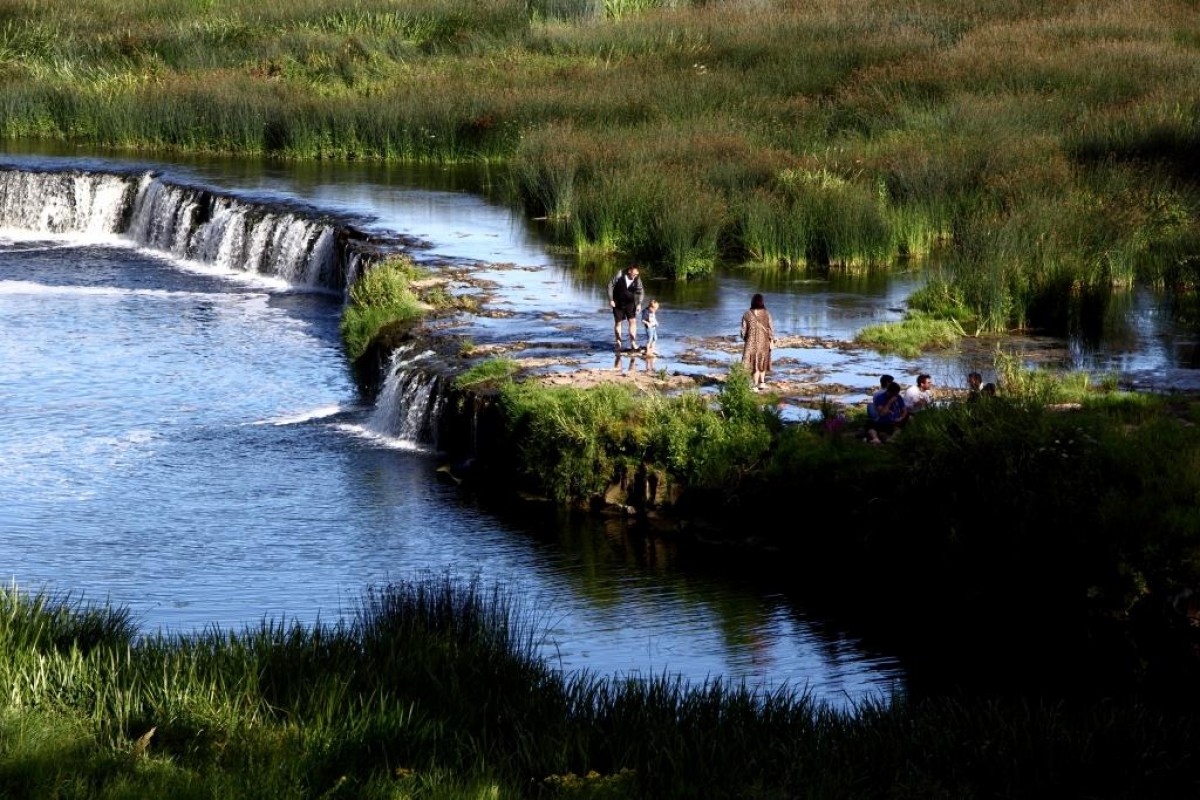 Cesis is the third oldest town in Latvia, and it has kept its medieval spirit until today. Cesis attracts tourists with lovely streets and the medieval castle ruins which you can explore in a candle light. For a great view of the whole town, you can climb up to the tower in the new manor house right next to the medieval castle.

The compact old town has many places to enjoy a good meal. By accident or not, you might discover a cultural hub for local artists. In the evenings, Vidzeme concert hall and other venue places offer to enjoy music, varying from classic to electronic.

Maybe Latvia has no mountains, but we do have a lot of beautiful sandstone outcrops. Some of the most beautiful sandstone outcrops are located nearby Cesis – Ergļu (Eagle) cliff, Zvartes rock, Liela Elite (Devil’s owen) and Licu-Langu cliff. If you are careful enough, you will spot some caves too, for example, Kalejala (Blacksmith’s cave). A unique natural limestone outcrop from the post-glacial period, Raunas Staburags, is located just 23 km from Cesis. The Gauja National Park has established several easy and accessible hiking trails for everyone, for example,  Cirulisu dabas takas. 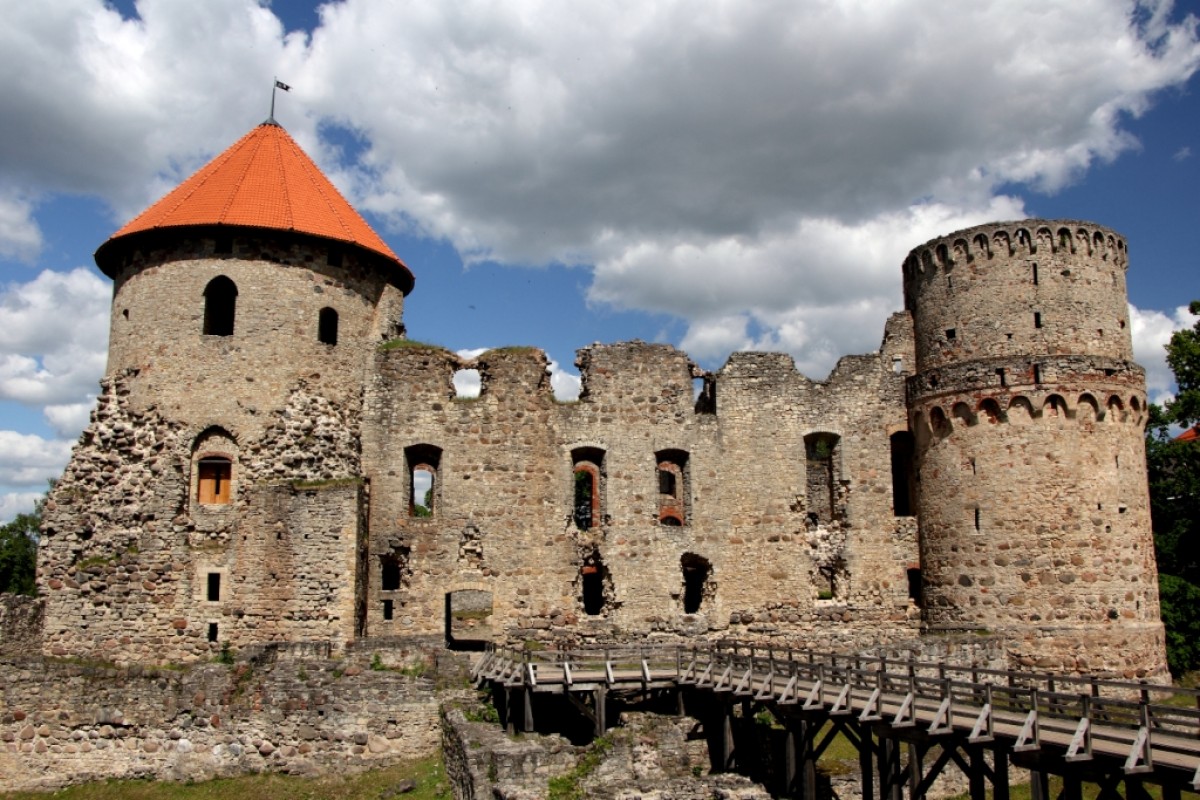 Jurmala is a modern seaside resort city with a 200 years long history. The core of the resort are romantic wooden houses built for the ones who like to escape the stone walls. Jurmala lurks visitors with its fine sand beach and variety of recreational facilities. Jurmala stretches 30 km along the Riga Bay, and is very easily accessible on foot, by bicycle or train. Each part of the city has its own name, the most prominent are Majori, Dzintari and Bulduri. These districts will impress you with their splendour – fancy restaurants, five-star hotels and stunning villas. For the evening entertainment, enjoy a walk on the Jomas Street where most of the restaurants, bars and cafes wait for you.

Kemeri, the oldest part of Jurmala city where the first therapeutic facilities were established, is located on the outskirts of Jurmala. On the rich grounds of sulfur spring, sanatoriums, pavilions, rotondas and bridges across artificial canals were built for recreational and healing purposes. Most of Kemeri splendour has moved to Jurmala center, leaving a rich variety of historical buildings and sightseeing objects to travelers. The town is part of the Kemeri National Park which includes several bogs, dunes and sulfur springs. 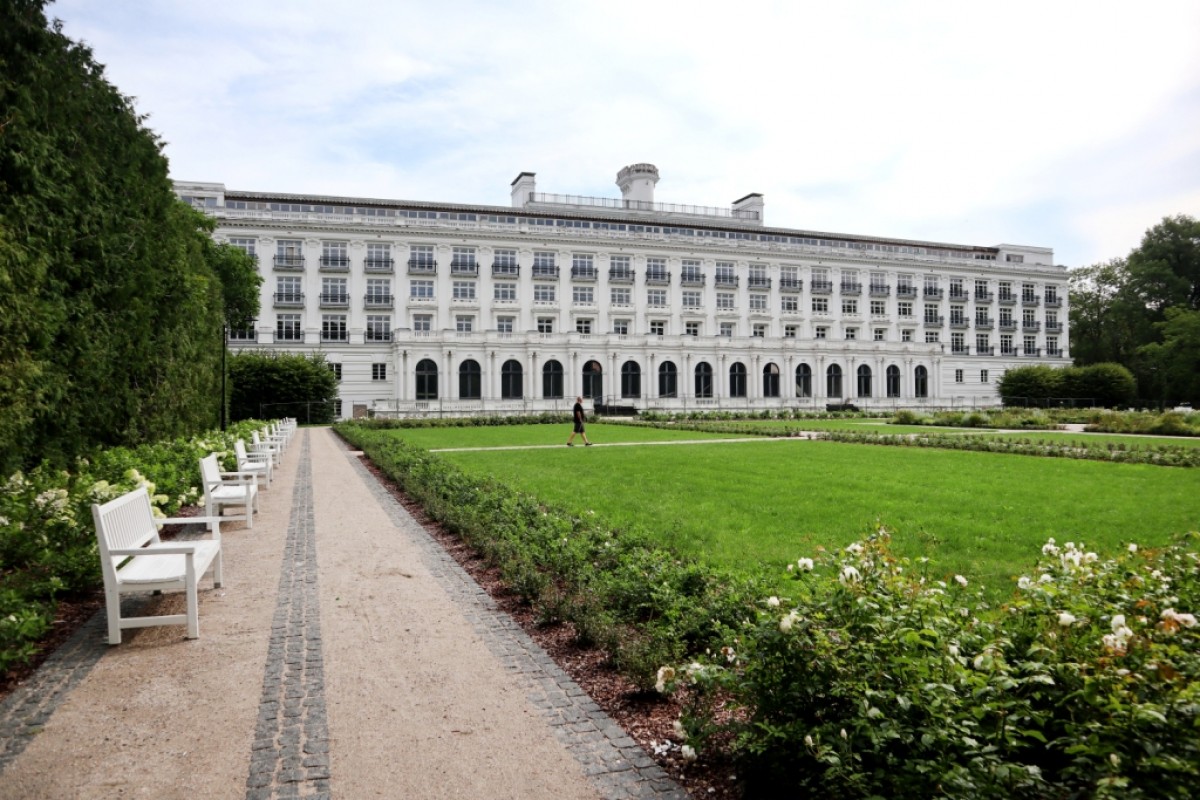