One river rafting company anticipates one of its best years in its history is just around the bend, thanks to the unprecedented strength of its early season bookings. 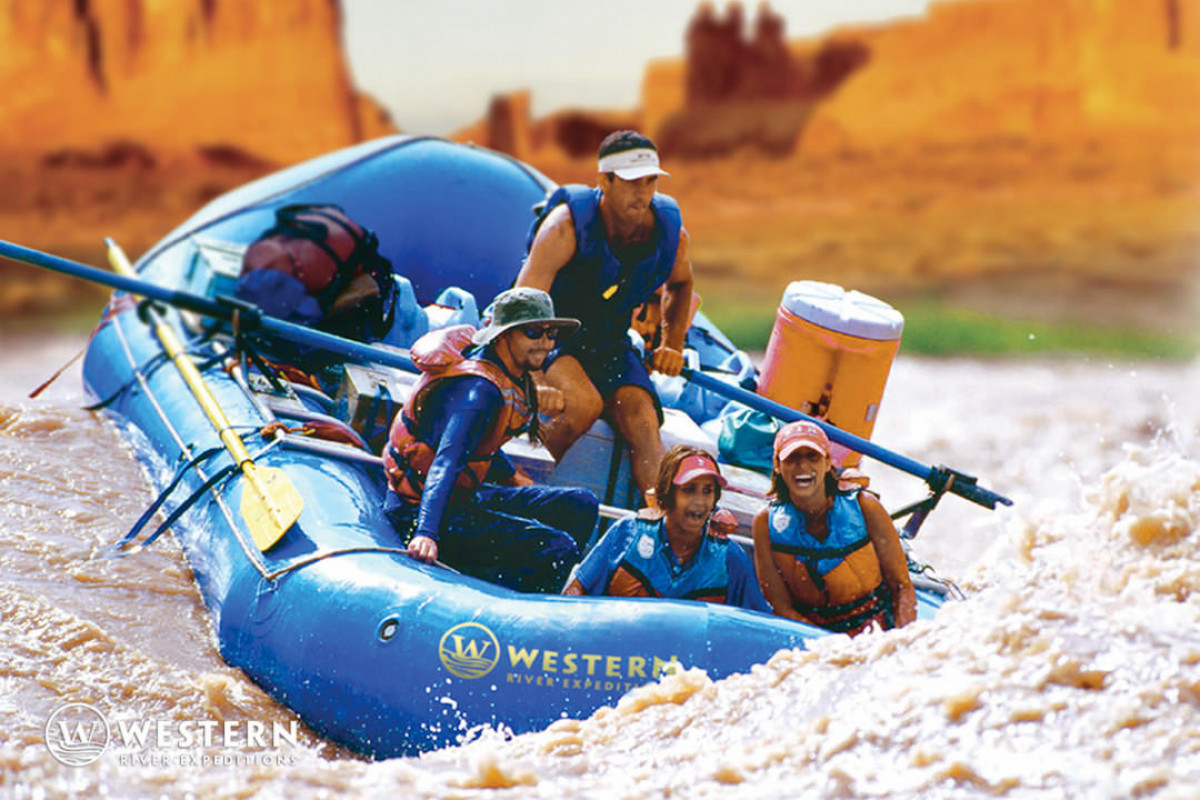 Western River Expeditions reports that its 3, 4, 6 and 7-day Grand Canyon trips for 2020 are full on many dates. And 2019 is already completely sold out. Western River is taking a wait list for spots that open up due to cancellations.

Opening day to place 2020 reservations was Nov. 15, 2018. “We booked over 1,000 seats on that day alone,” says Brandon Lake, CMO of Western River Expeditions.  “Online bookings are way up, with over 70 percent of some trips being booking online. Compared to the 40 percent average norm, this is a huge increase!”

He adds that, “other rivers are also seeing booming interest and bookings.” Bookings for 2019 five-day trips on Desolation Canyon, Green River are up three-fold over 2018. ”We have as many bookings for Desolation Canyon now as we usually end the year with.”

Other rivers favored in this booking uptick, comparing same time 2018 and 2019 include

Lake attributes these record sales in part to:

For those chomping at the bit to get on a raft in 2019, Western River advises that people call soon to reserve their space. “There are still some spots on some of our most popular expeditions and this is going to be an incredible year to experience the river.”

Lake explains that Western River is bound by the permits granted to them. These permits limit the number of guests that can travel with them each year. “This number doesn’t change, but guest demand for what is essentially a limited opportunity does.”

Farther north from the confluence, Utah’s Desolation Canyon was carved by the 730-mile Green River, born from glacial melts on the Continental Divide in the Wyoming Rockies. The Green has created such rare and unique universe that Desolation Canyon has been named to the National Register of Historic Places. The Green’s whitewater promises soft adventure thrills over 60 fun-filled Class II and III rapids.

Calling Desolation Canyon “the ultimate, back-country family river trip,” Jason Taylor, an operations manager who oversees all of Western River Expeditions’ trips in Utah, noted that the five-day program is appropriate for children as young as 5. It’s also a great river trip for extended families and first-time rafters.

Western River Expeditions is an adventure travel company headquartered in Salt Lake City, with operations and offices in Moab, Utah and Fredonia, Arizona. Annually from March through October it escorts more people down rivers on professionally guided rafting trips in Utah, Idaho and Arizona than any other company. It is the largest licensed outfitter in the Grand Canyon and the largest single tour provider in Moab, UT, through its division Moab Adventure Center (http://www.moabadventurecenter.com/).

Western River Expeditions, providing Grand Canyon rafting, Utah and Idaho rafting, and international multi-sport trips, was founded in 1961 by Colorado River rafting pioneer Jack Currey. It has been named one of the “Best Adventure Travel Companies on Earth” by the editors of National Geographic Adventure magazine. The company is the proud recipient of the "Best of State" award through Utah’s Premier Recognition and Awards Program for fifteen consecutive years (2004-2018).