The Fast and the Furious: River Drift

It was somewhere under the hot sun of day two when I realized that stand-up paddleboards can drift sideways like a road racer. With a fish tugging on the end of my line, I dug the paddle in and spun the board around, catching the current and sliding nicely against a grassy bank so I could get the bass taken care of without worrying about drifting into the next set of rapids. A goofy grin spread across my face as I bounced giddily on the balls of my feet, the board reverberating beneath me. River drift, indeed. 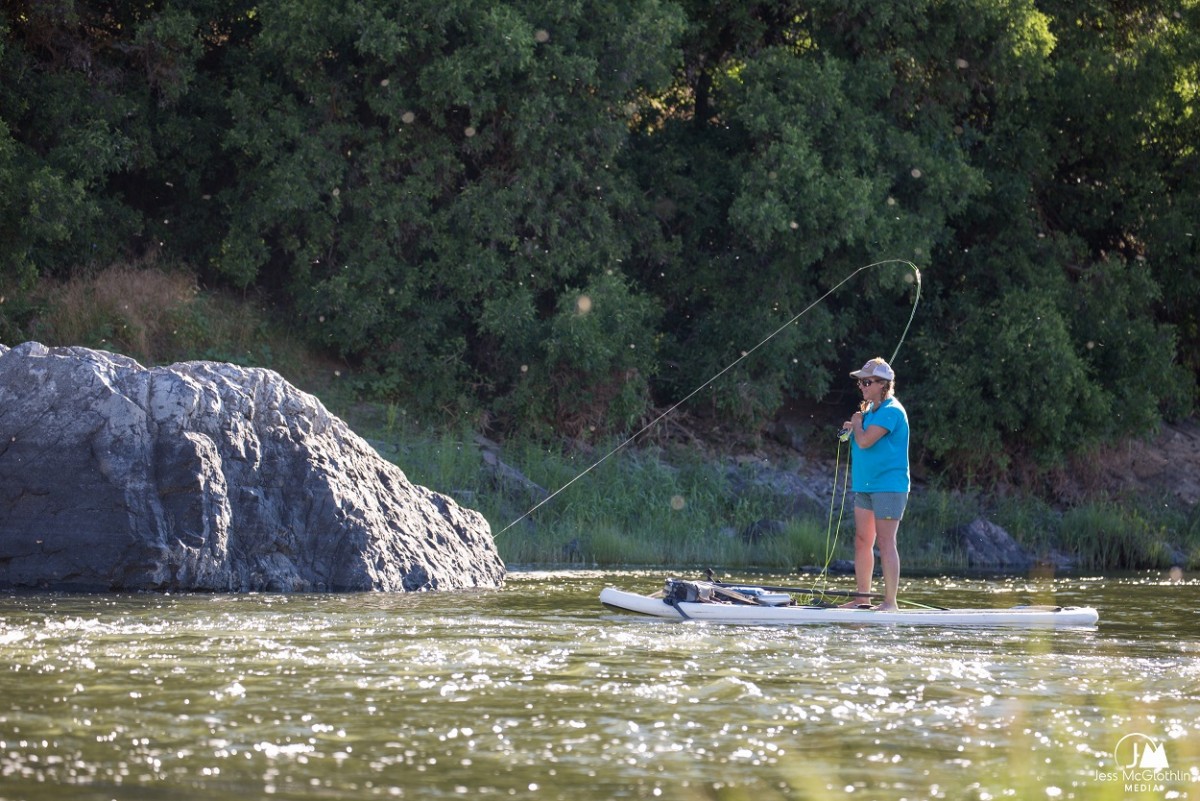 Life had slowed to “river mode” and a new set of priorities had taken up residence in my brain. Chiefly among them: ensuring my Pelican case and cameras stay securely roped to the front of my NRS battleship (er… stand-up paddleboard), shooting images of the eleven women on the water with me, avoiding being distracted by the stunning landscape, and maybe catching a fish or two in the meantime.

The calendar just turned to July, but somehow on the river that didn’t mean much. And in the crackling summer heat of Oregon’s John Day River, another summer day simply meant another stretch of river to float, another night spent sleeping under the stars, and plenty of fish waiting to munch a fly. 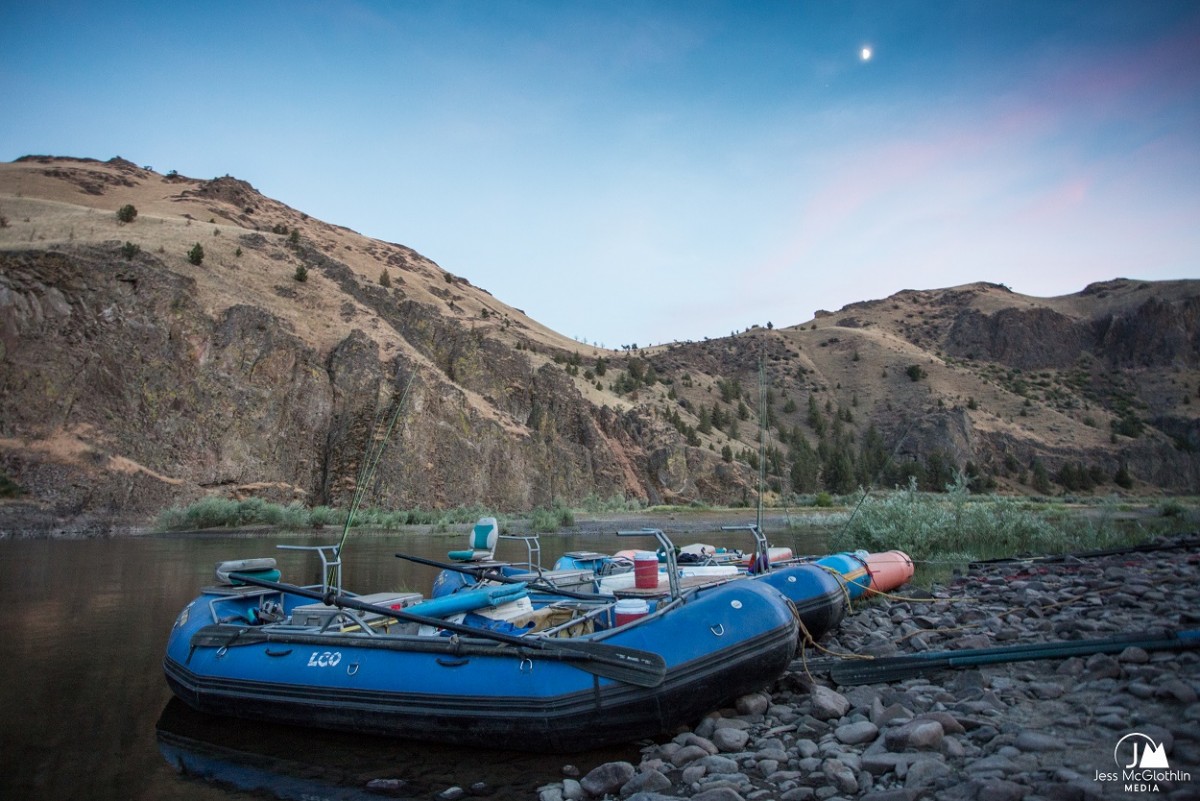 The masterminds of the trip were Mia and Marty Sheppard, world-class steelhead guides and outfitters based near Oregon’s storied Deschutes River. They’d put together a trip the likes of which I’d not seen before — an all-women’s bass fishing trip on the John Day River with an optional stand-up paddleboard component. Eleven women in total made the journey to Oregon for three days of camaraderie and fly fishing in the wilderness. From well-traveled Jodi to young, buoyant Adrienne, the women came from diverse backgrounds and, if not for fly-fishing, likely never would have crossed paths.

And meet we did, in the high desert terrain surrounding the John Day. Running more than 500 miles, the John Day is the third longest free-flowing river in the contiguous United States. The river is a mix of small, Class I rapids and gentle pools meandering through a sun-drenched canyon dotted with basalt faces and bracketed by sagebrush-dotted hillsides. The river is home to a diverse range of species, including wild steelhead and Chinook salmon runs, but this trip we were after a different quarry: the river’s many smallmouth bass. 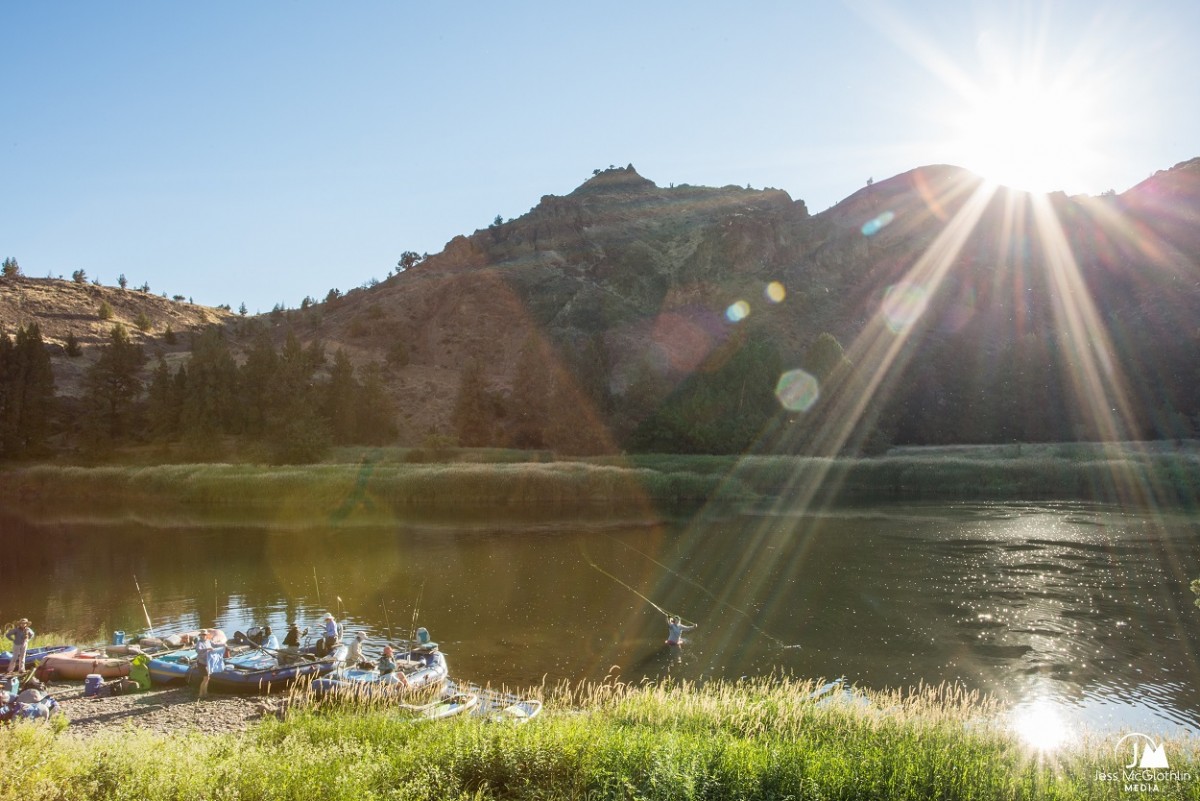 Mia herself is a fan of the enthusiastic bass. “When I think of trout I think of high-priced lodges and finicky eaters that will turn their nose at a woolly bugger, whereas bass are like ‘Heck, man, let’s have some fun, drop the ego, I don't need some stinkin’ size-22 midge.’”

She adds, “Floating the John Day just shows you bass is for everyone. From the migrant workers taking a break from the fields to a kid trolling off the back of a boat to the decked-out angler, that river has it all. Bass is for everyone.”

And the bass, indeed, were for everyone. The ladies divided into a collection of boats; three rafts, three SUPs and one Water Master. Marty and camp help Victor rowed ahead each day on an additional gear raft, setting up a homey camp as the anglers meandered down river at our own pace. 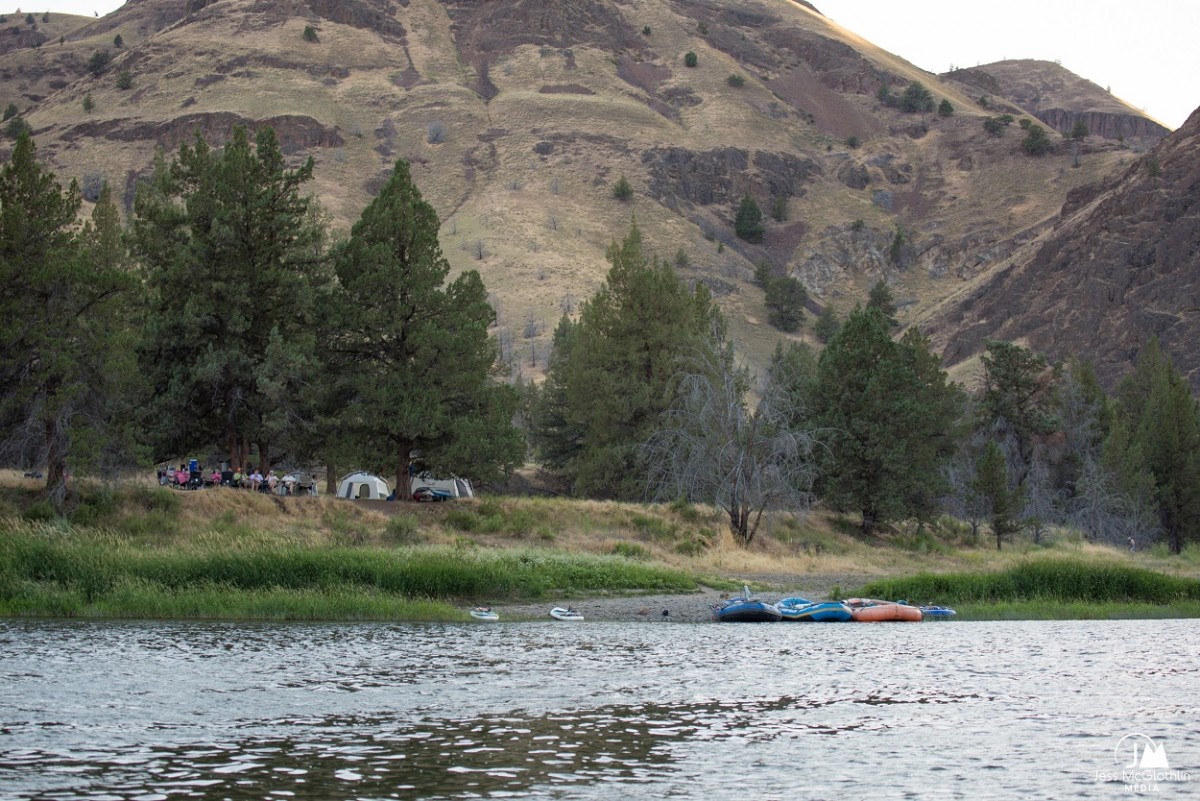 There’s a stigma in the fly-fishing industry about women; that they need a hand-holder, someone to tie on flies and handle fish. That didn’t hold true with this group. While many women had never captained a raft, everyone gamely took turns on the oars, rowing each other through slow, meandering pools and curvy “whoop-de-doo” riffles alike, laughing and quite simply getting the job done. From beginning anglers to seasoned veterans, everyone got into fish, a fact well-celebrated with each bass that came to hand.

For some of the women, an all-ladies trip offered a different camaraderie than a mixed group. For others, it was just the opposite. Seasoned traveler and angler Annie Waltz Kubicka reflected, “This might sound odd, but I have never gone on an all-women’s trip. I am the oldest of five and the only girl; I was a tomboy growing up. Most of my friends are guys and I have always been more comfortable around men, learned to fish with men and so that is who I have predominantly fished with. It's just my comfort zone. I thought this trip would be good chance to get out and fish with other women, and I have to say, I had a great time.”

Evenings consisted of swims in the river, gourmet food from Marty’s camp kitchen, and studious discussions of menopause and dating. A few ambitious anglers would grab the SUPs and paddle up and down the river near camp, plying rock walls and grassy banks for popper-hungry bass. One night brought a “mouse-off” between Adrienne and Laurel, seeing who could get a bass to eat a mouse pattern first. Laurel won with her “mini-mouse” named Hazel, while Adrienne’s Bon Jovi continued to be unwanted, dead or alive.

Nights brought blissfully cool air and deep sleep under the stars, a rest broken by the “coffee ready” call each morning. After some rocket-fuel-class caffeine, the team worked together to break camp, letting Marty and Victor kick off and be the first to claim the best camping spots further down the river. We then continued our rhythm of paddle-row-cast-hook-release-laugh, then do it all over again.

There are some groups, in some places, that make a particular trip memorable. The feeling of being with good people in an incredible place is one of the important things in life, and it’s important to acknowledge the moment for what it is. Sitting astride my SUP, floating downriver and watching through the viewfinder of my camera as the women before me fished hard, I recognized the moment as one of those good ones. Wet feet, fishy hands, no-shower-in-four-days-stink and all, life was good. 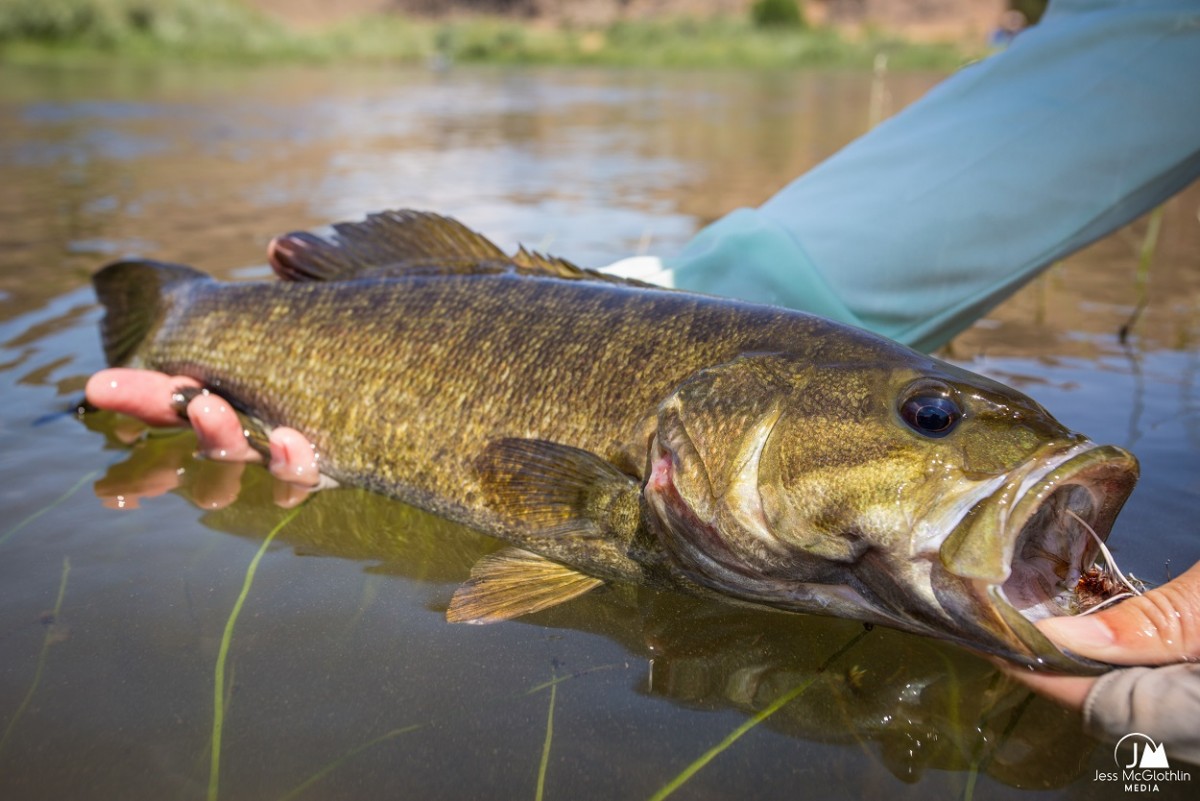