Was it possible to drown in flowers, I wondered? Easing my way through endless fragrant orange and white blooms, it certainly felt it. A day earlier I hiked through a valley so thick with yellow wattle it looked like it was on fire. Other forests had been dominated by purple wisteria or sprawling pink coral vine, and intricate orchids of all shapes and colours had been constant companions. 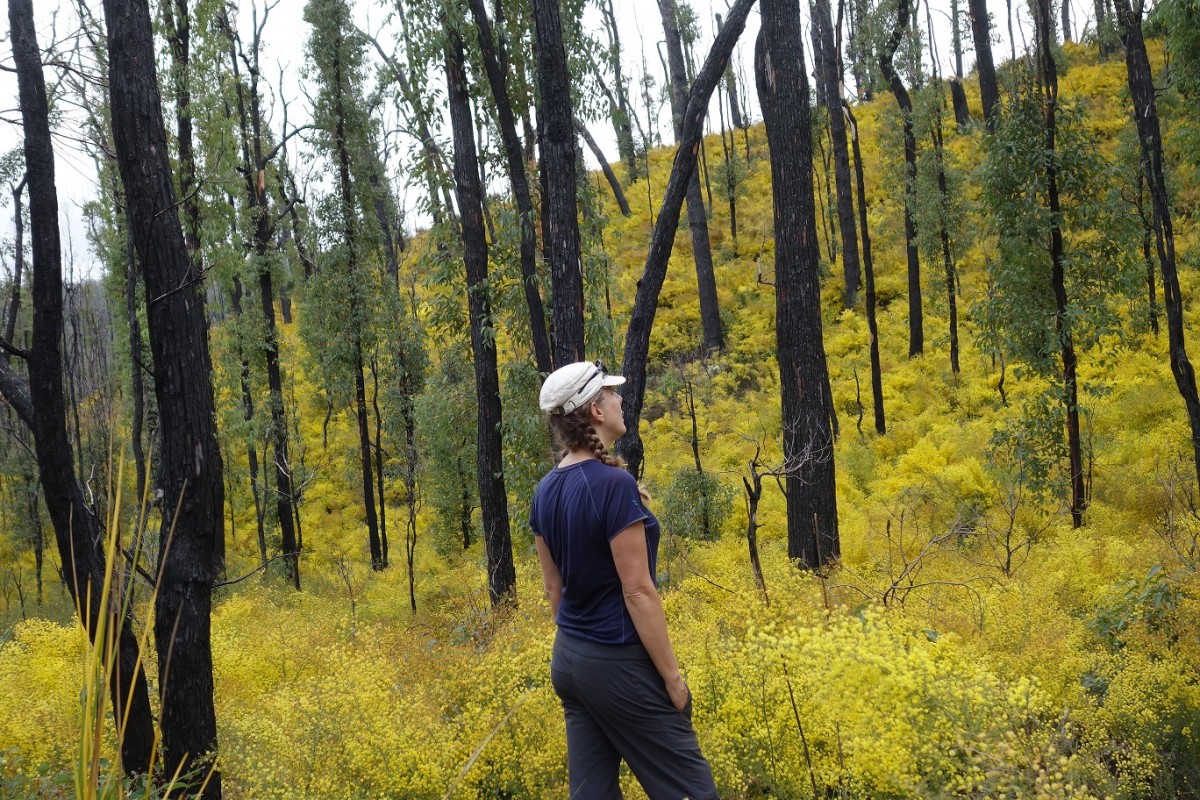 The Bibbulmun Track in spring is a botanist’s paradise. Anyone’s really. From the outskirts of Western Australia’s state capital of Perth, it winds 1000 kilometres down to historic Albany on the south coast, taking in ancient mountains, lush forests, powder white beaches and coastal cliff tops. Arguably Australia’s premier long distance hike, the entire route takes around seven to eight weeks to complete although section-hiking it is popular too. 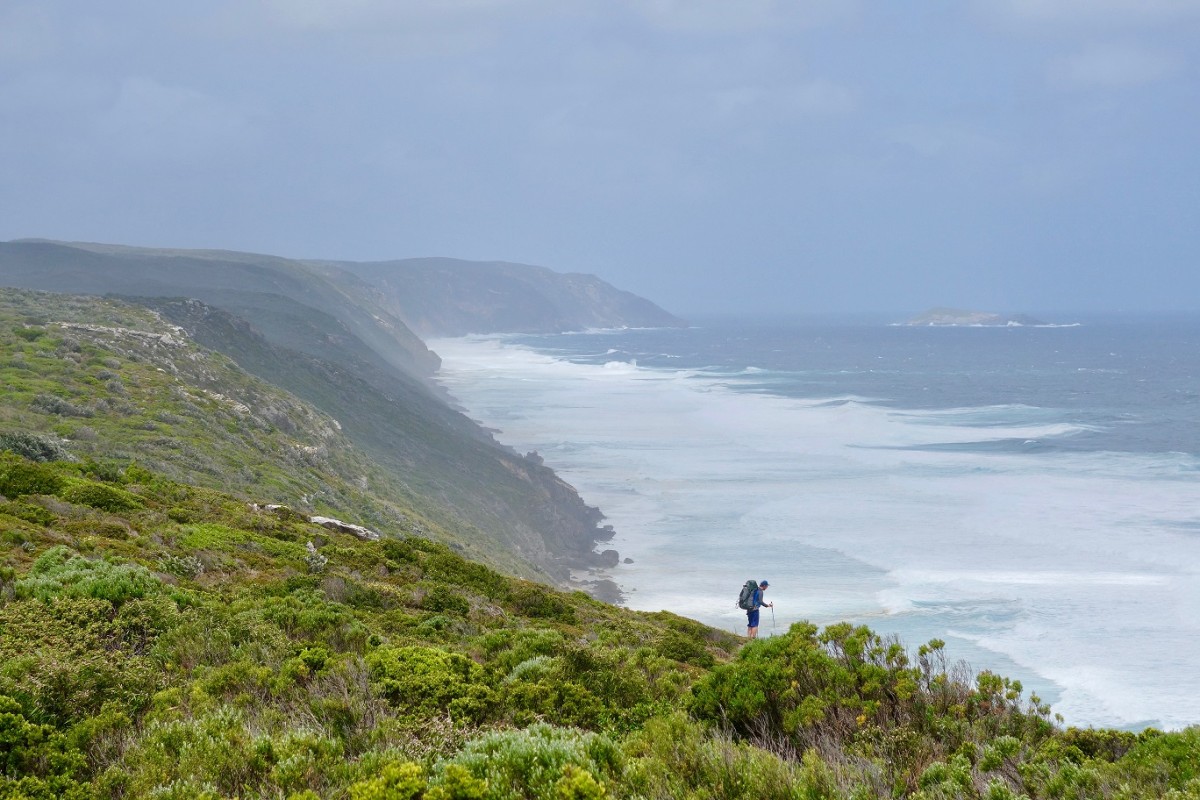 The southwest corner of Australia isn’t the easiest place to live if you’re a tree or a flower. The land is regularly ravaged by bushfires and challenged by a highly variable climate but it’s the fight for what few nutrients that exist here that has driven its enormous biodiversity, leading to the abundance of weird and wonderful flora that I found myself drowning in. Around 80% of plant species here are found nowhere else in the world. 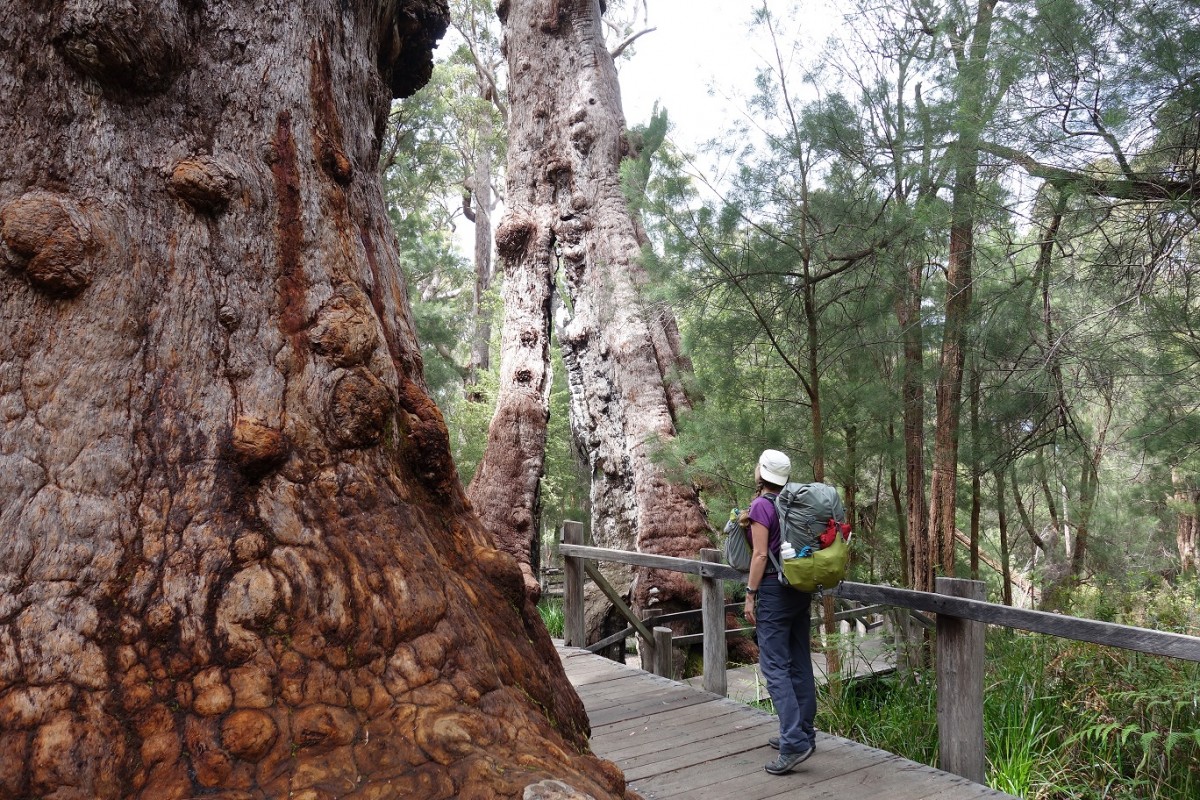 I was discovering all of this on a solo end-to-end journey, carrying my life in a backpack and spending each night camped under the stars. As long distance trails go, the Bibbulmun is a relatively ‘easy’ one with a well-marked route, gentle elevation profile, and three-sided sleeping shelters spaced roughly a day apart, complete with toilets and water tanks. Nine sections make up the entire route, linked by small towns where walkers can resupply with food and enjoy a well-deserved shower.

The Bibbulmun people were the first inhabitants of the region. For 40,000 years they embraced land and culture, often walking long distances for ceremonial gatherings, and so trail developers named this modern pilgrimage after them. 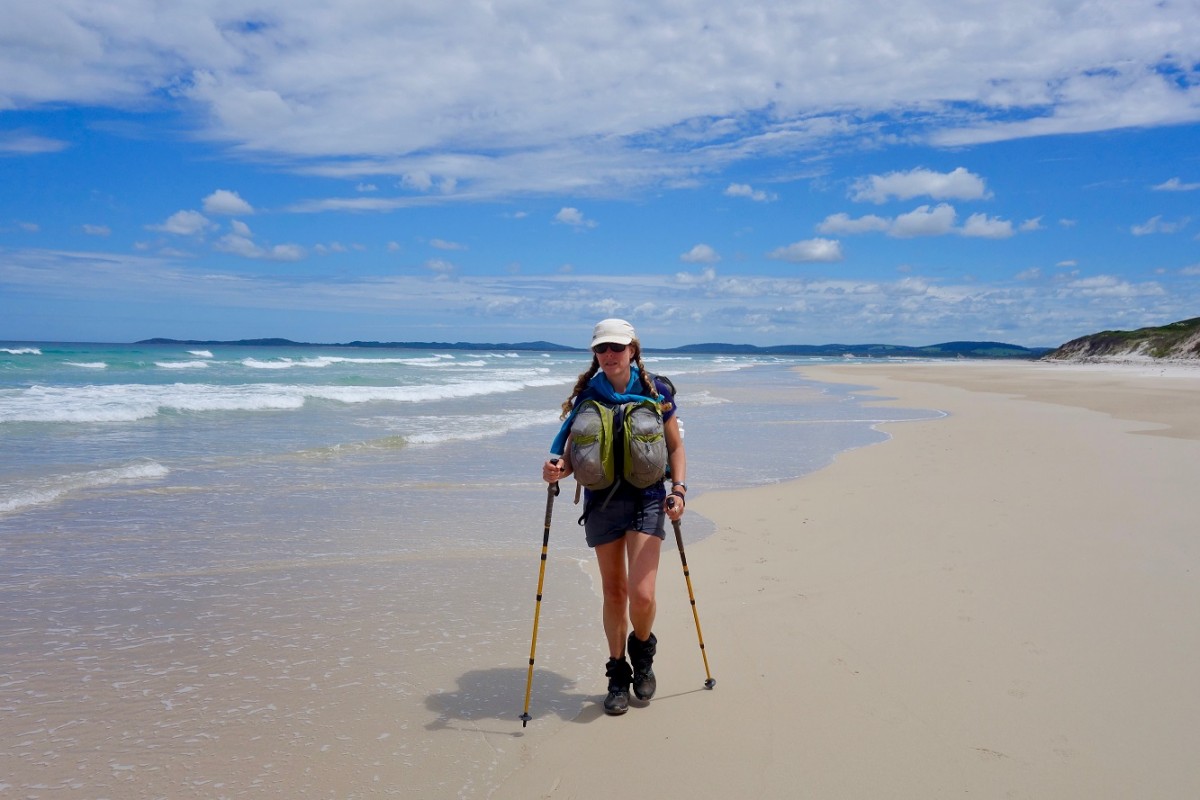 I let the Waugal lead the way. A giant serpent that carved the rivers and valleys - according to traditional story - its black and winding body is imprinted on the yellow markers that dot the trail. With the skyscrapers of Perth fading on the distant skyline, I followed the serpent across dry woodland and granite-domed peaks into the Darling Ranges. For days at a time my only company was flocks of screeching black cockatoos, soaring wedge tail eagles, grey wallabies munching on grass or long-legged emus hiding between stands of redwoods. Even snuggled in my sleeping bag alfresco on the sleeping platforms I could see them.

Other hikers also drifted in and out of my life as I worked my way south. Andrew was a multiday hiking virgin on a mission to complete the first 500km of trail. A trio of section-hikers taunted me nightly with an envy-inducing amount of antipasti and four litres of red wine. Everyone had their own journey, their own personal goals. Michael, middle-aged and from Germany, had left a high-paying job to walk the trail for his second time. When he finished it southbound he planned to turn around and head north again. “I just like the lifestyle out here," he said. “I could spend my money on a fancy car at home or I could spend months walking in nature. It’s a nice way to spend my time.” 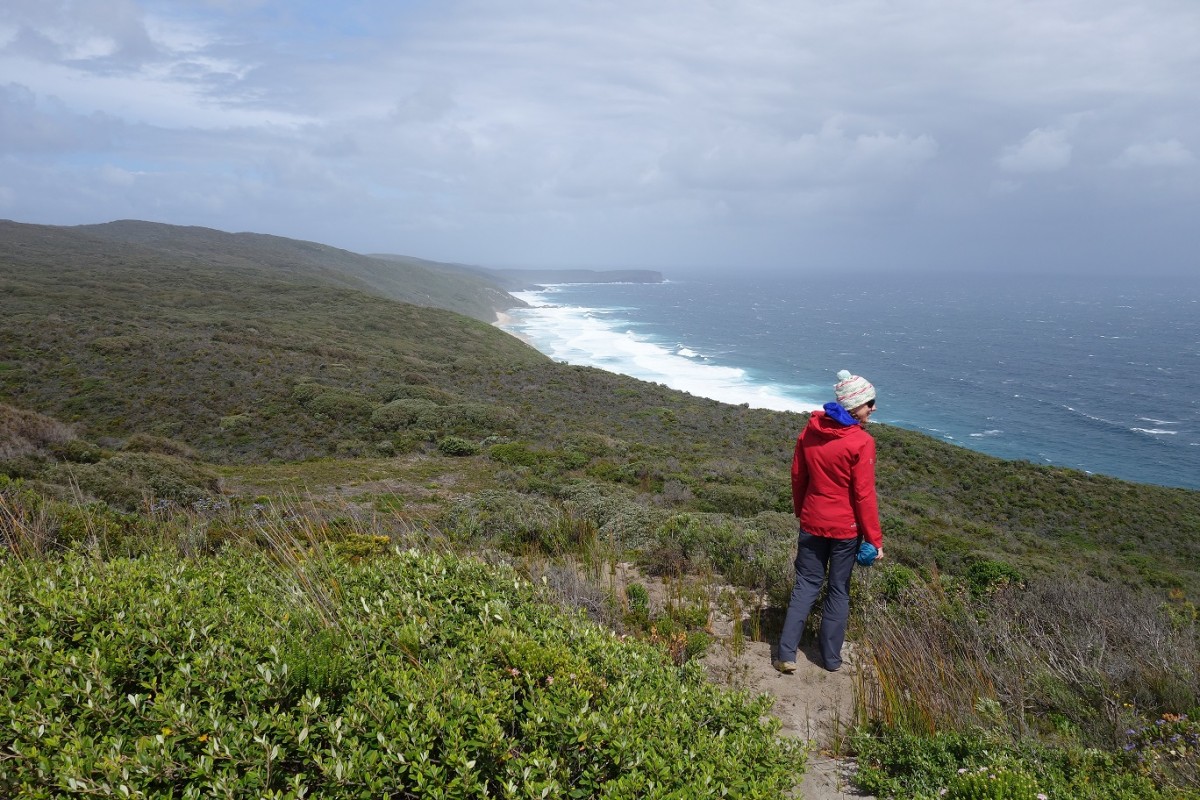 I knew how he felt. Three years ago I hiked 3,000km from one end of New Zealand to the other and it literally changed the course of my life. Walking is a life of simplicity, fresh air and an ever-changing feast of natural beauty. It offers a break from the constant stimulation of modern life and, in the space left behind, creativity and clarity blooms.

Simple living might be great but in the damp moss-filled forests south of Perth all I could think of was a warm bed to counter the nightly sub zero temperatures. For two weeks I erected my tent inside the sleeping shelters for added warmth, then resorted to draping my silver emergency blanket over my tent inner so that it would reflect back my body heat  - a la hot chicken at a deli counter.

All challenges eventually pass though and on the sun drenched and ‘seasonally inundated’ – according to the map - Pingerup Plains, I shed the layers in bliss. For several days, water lapped around my calves and the air sounded with the croaking of frogs. 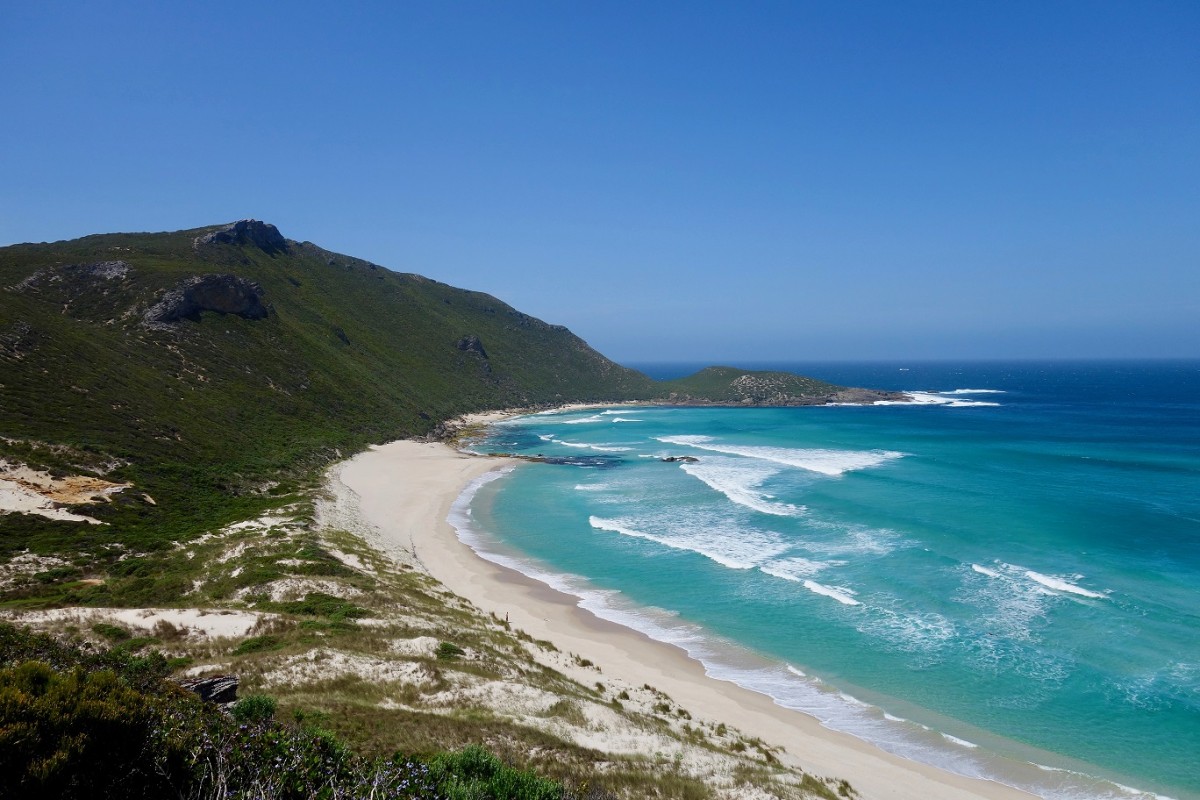 After six weeks I reached the Southern Ocean and sucked in the salty air. Jagged hills carpeted in green rolled down to a powder white beach and turquoise bay. It might have been Mauritius or some other classic tropical paradise, but it wasn’t. It was a typical West Australian beach and there were only a handful of locals enjoying it.

In the final weeks I walked many of these perfect beaches, occasionally meandering inland through forests of tingle trees with mighty buttressed trunks as I headed east. Windblown cliff tops carried me the last stretch, and after fifty-five days I finally downed my pack for the last time in Albany.

About 150 through-hikers walk the Bibbulmun each year - a fraction of the traffic that other long-distance trails around the world receive. Such space and solitude is a rare treat in this modern era. Like the Indigenous who roamed here before us, walking fosters an awareness and connection with the earth beneath us. It can only lead to good things. 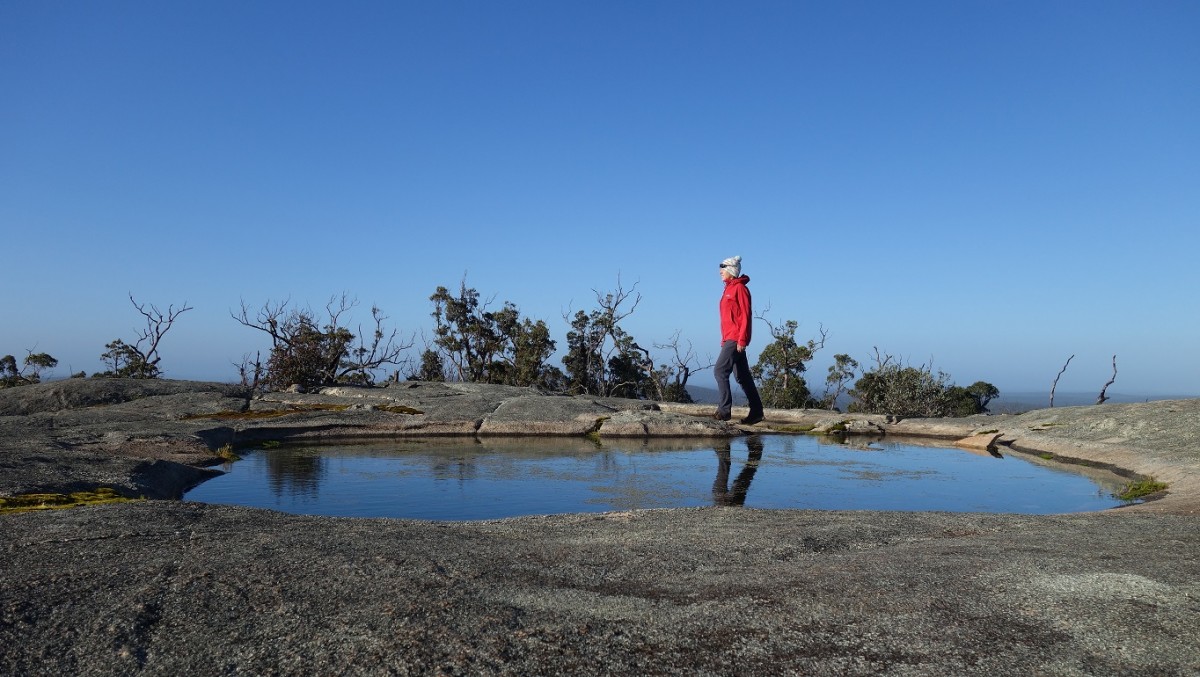