The leader in small ship, adventure cruises prefers going deep into a region as vast as Australia by exploring it in depth -- instead of trying to cover too much ground in a limited number of days.

This touring strategy is evident in a new portfolio of cruise offerings in Australia. AdventureSmith Explorations focuses on the most sought-after destinations along Australia’s largely uninhabited, 16,000-mile coastline where small ships with shallow drafts have exclusive access. These regions include, for example, remote areas of the Kimberley outback, the Great Barrier Reef and the beaches of Tasmania. 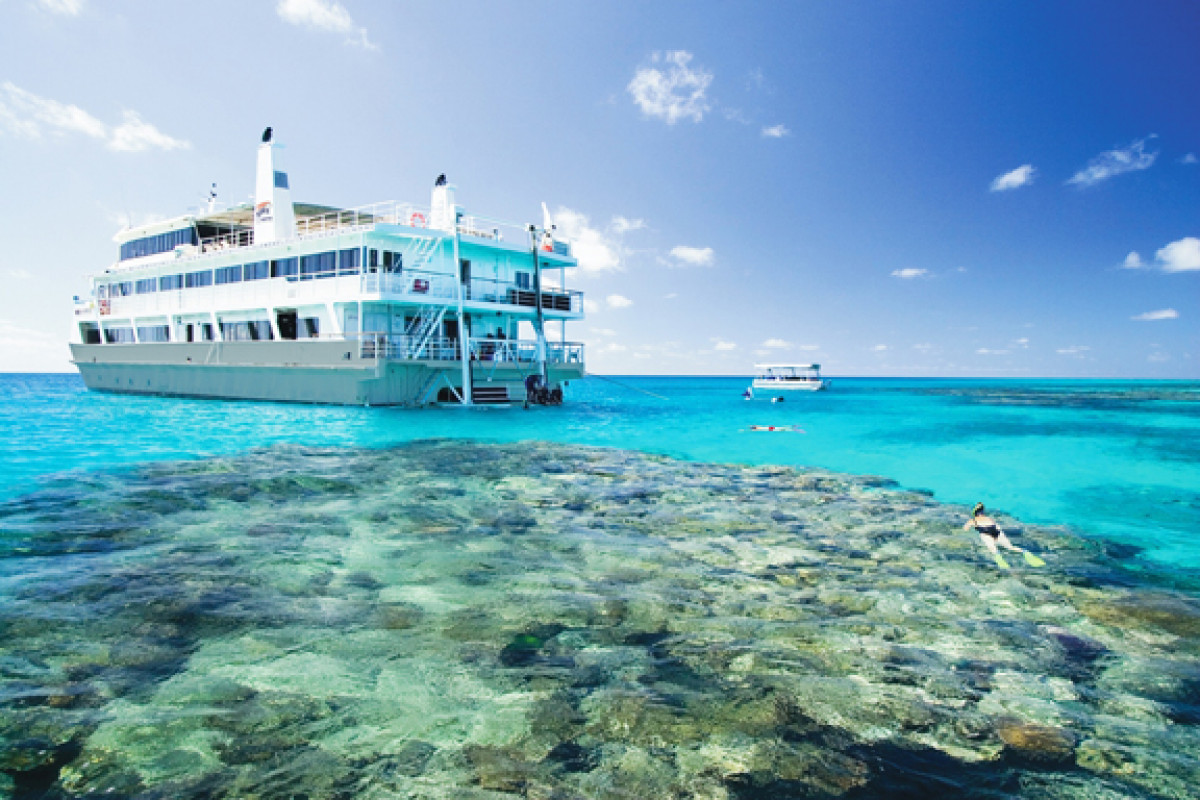 “Don’t shortchange this great destination by trying to do too much,” advises Todd Smith, visionary founder and president of AdventureSmith Explorations (www.adventuresmithexplorations.com). “We pair our cruises with knowledgeable guides, local insight and comfortable small ships that utilize the vast coastline for unique access where we can go deeper into the backcountry.”

Here guests witness a coastal topography showered by tides that rise and fall sometimes 33 feet, view aboriginal cave art of indigenous populations and enjoy world-class birding on an island that harbors 18,000 breeding pairs of brown boobies as well as Roseate terns and is a significant breeding area for green sea turtles.

Activities may include hiking, scenic helicopter flights (added cost), kayaking, inflatable boat/skiff excursions, land treks, wildlife observation, cultural and village visits and participating in conservation efforts. Cruises depart either Darwin or Broome from March through October on any of three small adventure ships for 46 to 120 passengers. The per person double rate is from $6,240.

Pristine Tasmania is an eight-day cruise on the 72-guest Coral Discoverer  that has set a benchmark for luxury small ship cruising around Australia and in the South Pacific. This is an authentic expedition voyage with a flexible itinerary that enables the captain to respond to weather forecasts to ensure access to the best parts of Tasmania in the best possible conditions. For example, if conditions allow, guests spend two days exploring the untouched Tasmanian Wilderness World Heritage Area at Port Davey and Bathurst Harbour. Normally only accessible by a seven-day hike or by light aircraft, this region is among the most pristine and beautiful landscapes on Earth. In the spirit of adventure, guests are advised the day prior where their next adventure lies -- perhaps an oyster farm, an undiscovered track or even a seal colony basking in the warmth of the sun.

In Tasmania, national parks are the star, some featuring gorges with nearly 1,000-foot-high-cliffs. Seals, dolphins and albatross make exciting guest appearances throughout the cruise. Guests hike with an expert expedition team and a guest Parks and Wildlife Ranger, kayak and cruise in an inflatable skiff, on a glass-bottom boat and on the ship's special Xplorer tender. Departures roundtrip from Hobart (accessed from gateway cities in Australia) in January, February and March. The per person double rate is from $3,930.

Just added to AdventureSmith’s trip offerings is a 15-day circumnavigation of the entire island of Tasmania (alternative itinerary within Pristine Tasmania), with added stops along northern and western shores and on nearby islands.

Great Barrier Reef Cruises are four-, five- and eight-day year-round cruises on two small adventure ships for 42 or 46 guests. These cruises reveal an underwater world hidden just beneath the water’s surface that transmits magic to the eyes as a symphony does to the ears. The Great Barrier Reef, the world’s largest coral reef, parallels much of Australia’s eastern coast.

Guests on AdventureSmith Explorations’ cruises see past the world of day-boat visitors. These cruises travel farther, allowing for more time to explore healthy, thriving and complex reef structures without competing for space with all the other snorkel and dive boats. The longer eight-day tour beginning in Cairns visits Cooktown where the famous explorer, Captain James Cook in 1770 claimed Australia as a British colony. Guests are introduced to indigenous culture at a cultural park and in botanic gardens and may glimpse the antics of native Australian wildlife including kangaroos and wallabies.

Slowly moving down Australia’s eastern coast, the reefs become the centers of attention. The Great Barrier Reef is actually a series of thousands of individual coral cays. Guests board glass-bottomed boats at the first stop. A marine biologist introduces sea turtles, giant clams, rays, over 200 species of native birds and at some cays over 1,500 species of fish that inhabit this World Heritage-listed site. Marine life in one region thrives in a mangrove eco-system: crocodiles, dolphins, turtles and dugongs all feeding on plentiful sea grasses. On Dunk Island a rainforest walk reveals the blue-winged Ulysses butterfly, yellow-bellied sunbird, emerald dove and orange-footed scrub fowl; on the same day view as many as 400 different species of coral at Nathan Reef.

Activities include guided scuba diving (extra cost), sunning on the beach, swimming, snorkeling and hiking. The gateway city is Cairns. The per person double rate for eight days is from $2,655.

For details on all of AdventureSmith Explorations’ small ship cruises, itineraries, availability and for 2019-2020 reservations, please call 866-575-2875 toll-free or visit the company website.

About AdventureSmith Explorations - Think Outside the Boat!

Founded in 2003, AdventureSmith Explorations is based in Truckee, CA, near the northern shore of Lake Tahoe. A recognized leader in small ship cruising, in 2012 owner Todd Smith first joined the ranks of Condé Nast Traveler's prestigious world’s Top Travel Specialists list as the leading expert on small ship expeditions.