The cinematic journey back in time is nearly over. The History channel’s blockbuster hit, “Vikings” is scheduled to conclude its sixth – and final season in 2020.

But in Ireland the Vikings and their lasting influence still remain. An award-winning tour operator, Vagabond Small Group Tours of Ireland, recreates for visitors Ireland’s own Viking history in some of the places where the Vikings pillaged and plundered in their quest for precious baubles and arable lands. 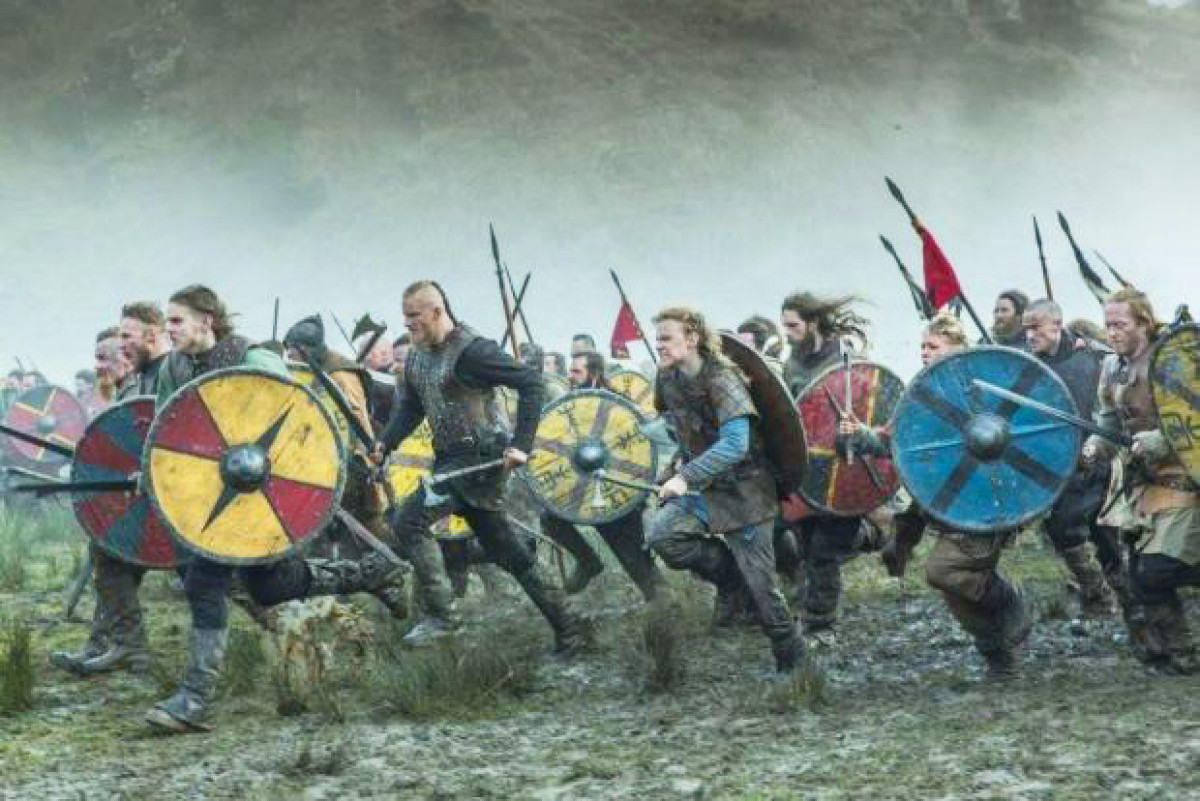 Guests may envision Vikings landing longboats off the Irish Sea and the flags of Norman invaders from England who, with help, eventually did them in. The artifacts they’ve left behind signal bloodshed one moment and repentance the next. More than any other region of Ireland, this coastline separated by mountains from inland valleys defines how the Irish came to be in the 5000 years since Stone Age settlements.

“A common view is the Vikings were raiders who didn’t stick around. But some did. As early as 800 AD they set up winter camps (longphorts) here, plotting how to loot the wealth of monasteries, intermarrying with indigenous Celtic Gael, putting down roots and founding our first capital at Waterford,” notes Rob Rankin, co-owner of Vagabond Tours. “The Vikings had a settlement in 841 AD in what is now Dublin. Then in the late 12th century, another predator, the Normans, thrust and parried the assorted kingdoms of Gaelic Ireland.”

The tour’s first major stop explores the site of a Viking attack on Christmas night in 835 AD on Glendalough, a 6th century monastic center. Farther south comes the Viking Triangle, the virtual museum cities of Waterford, Wexford and Kilkenny. The Vikings founded Ireland’s first city, Waterford (Norse for “windy fjord”), in 914. Here one can visit museums and buildings rife with Viking lore. Participants on this trip have the option to:

While in Waterford, now famous worldwide for its crystal stemware, guests revel in two nights of luxury – hardly Viking style -- at Waterford Castle Hotel. (The castle became a hotel in the 1980s and underwent a major refurbishment in 2015.) Little Island, on which the castle stands, is strategically encircled by Kings Channel and River Suir. From the 6th century it housed a monastic center. From the 9th to 11th centuries the Vikings built fortifications on what was then called Island Vra (Dane’s Island). The early 12th century stone castle remained in the hands of its original owners, the Fitzgeralds (later kings of Ireland) for over 800 years. The island was a reward for the family’s role in the 1170 Norman invasion. (In Woodstown, just upstream from the castle, is relatively new evidence of a significant Viking settlement unearthed in the 21st century.)

At the mouth of another river the Vikings established in the 9th century a settlement they called Ueigsfjord or Waesfjord (“ford of the waterlogged island”), today’s Wexford. The Norse controlled this region until challenged, in part, by the Normans early in the 12th century. (In nearby New Ross guests may opt to visit the Ros Tapestry where 150 stitchers since 1998 have created 15 dramatic tapestries depicting Norman history in Ireland.)

In Kilkenny, the stronghold of a Norse clan since the 6th century, artifacts are buried deep. But in the 1990s a tour guide discovered silver and bronze treasures including buttons from a Viking coat.

In addition to Waterford Castle, other aristocratic homes and their gardens are players on this itinerary. Visitors will:

On all of its tours, Vagabond staff curate locally owned accommodations, pubs and restaurants that help serve their goal of authenticity. In the end the mission is to have guests “love Ireland as much as we do.” Transport is in a custom 4x4 Mercedes 'Vagatron' that allows access beyond where regular tour buses go.

Vagabond Small Group Tours of Ireland offers two styles of culturally immersive travel. Since 2002 Vagabond Adventure Tours are for active travelers who want to mix up hiking and biking and other outdoor adventures with history, culture, dining and shopping. Driftwood Journeys of Discovery follow similar itineraries but at an intimate and in-depth looking and lingering pace, sans the physical exertion. In 2013 the company was honored by National Geographic Traveler with a Top 50 Tour of a Lifetime distinction. In 2015 and 2017 the company was named the “Best Adventure Experience” at the Irish Tourism Awards. In 2017, Vagabond became Ireland’s first tour operator to achieve Ecotourism Gold Level Certification and in 2018, Vagabond Tours won The Green Tourism & Entertainment category in Ireland’s most prestigious Green (business) Awards. In February 2019, the company won two top Irish Tourism Industry Awards for the Best Ireland Ancient East Tourism Experience and Best Environmental Tourism Innovation.