Emigrants are those who for multiple reasons need to escape their current living situation. They become immigrants when and if they’re allowed onto foreign shores.

Years roll by. Emigrants become statistics. Immigrants often achieve citizenship in their new countries. But sometimes they and their offspring – especially if they have Irish roots -- are compelled to look back. 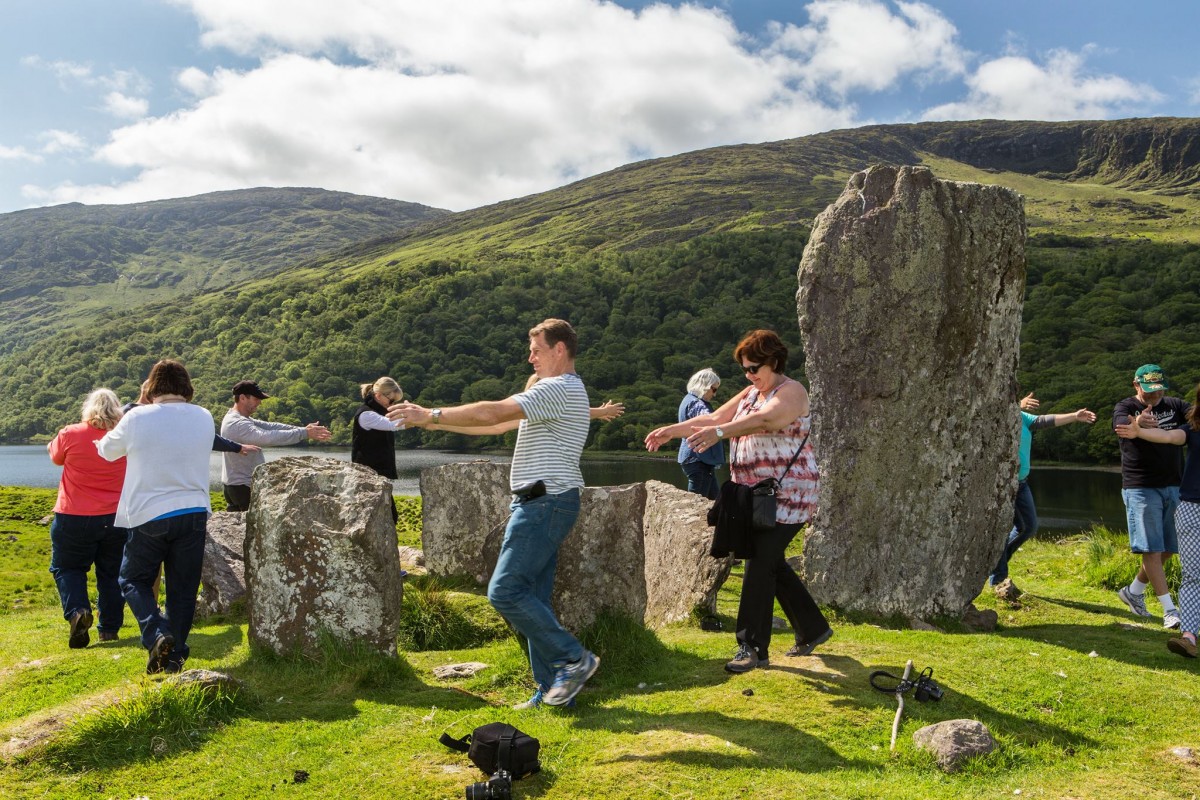 One award-winning tour company, whose reputation lies in whisking guests into the magic of off-the-beaten-track Ireland, hopes that visitors of Irish descent will make the effort to explore their particular pasts when visiting the Emerald Isle.

“Every Vagabond Small-Group Adventure Tour sheds light on who the Irish are today and where we’ve been,” explains Robb Rankin, owner of Vagabond tours. “When it comes to the particulars of family histories and genealogies, while you’re with us in Ireland, you may want to explore your own extended family ancestry -- or look for relatives in order to qualify for an Irish passport.”

Other suggestions Rankin has for using valuable digging time in Ireland wisely is to:

To begin to appreciate the emigration story, Rankin suggests that either before or after this (and other) tours that guests book a Back Cab Tour to explore the history of Belfast that is contested by two tribes that are Catholic and Protestant, Republican and Unionist, Green and Orange.

In late summer 2019 Ireland reported a recent milestone of population growth surpassing 4.9m. The growth represents, in addition to non-Irish nationals, returning Irish nationals to the tune of 30 percent. This is the highest level in 170 years since the post-Famine point of 1851 when emigrants undertook the perilous sea journey to Canada and the United States. Belfast, Dublin and Derry, followed by Limerick and Sligo and later Liverpool in England, were the key ports of embarkation. During the Famine many also left from small ports such as Westport, Killala and Kinsale. From such ports embarked 2.5 million of the six million Irish people who emigrated to North America (1848-1950), including Annie Moore, the first immigrant through Ellis Island who departed from Cobh.

For more details, itinerary, images and inclusions please see Vagabond Small-Group Tours of Ireland offering two styles of culturally immersive travel. Vagabond Adventure Tours are for active travellers who want to mix up hiking and biking and other outdoor adventures with history, culture, dining and shopping. Driftwood Journeys of Discovery follow similar itineraries but at an intimate and in-depth looking and lingering pace, sans the physical exertion.

On all of its tours, Vagabond staff curate locally owned accommodations, pubs and restaurants that help serve their goal of authenticity. Transport is in a custom 4x4 Mercedes 'Vagatron' or Mercedes-Benz “Drifter” that allows access beyond where regular tour buses go. In 2019 Vagabond began using a fleet of Mercedes “Sprinters” and Volkswagen “Crafters” for guest comfort.

About Vagabond Tours of Ireland