Ireland’s award-winning tour company has a reputation for whisking guests into the magic of off-the-beaten-track gems.

Visitors step back into history on the Beara Peninsula on four tours conducted by Vagabond Tours of Ireland. Here on Ireland’s southwest coast is “Ireland’s Best Kept Secret,” according to Travel + Leisure in its May 2019 issue. 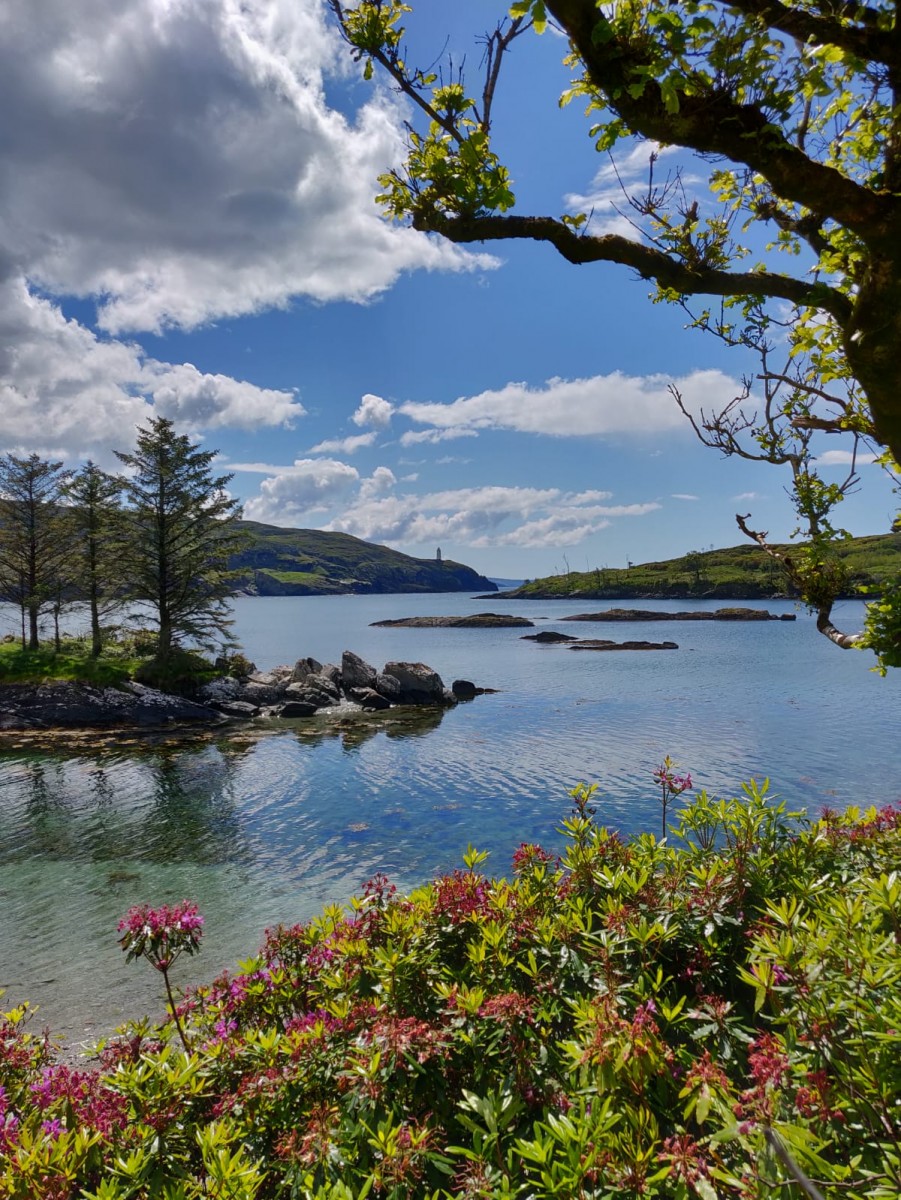 “Thankfully, because the roads here are still too narrow for tour buses, the rugged Ring of Beara (peninsula) sees fewer tourists than other parts of the Wild Atlantic Way. However, we still can experience livestock-induced traffic jams,” said Rob Rankin, owner with Amy Rankin of Vagabond Tours of Ireland.

Countless locales in Ireland have inspired poetry and music. So has Bantry Bay. This bay represents the calmer waters bounding the south of the Beara Peninsula that juts out into the wild Atlantic. In the evenings, guests may still experience many a “tender sound of song and merry dancing (that) stole softly over Bantry Bay.” Here in 3000 BC Bronze Age people made their marks in standing stones, predating the remains of Vikings who plundered monasteries, and well before the copper barons of the 18th and 19th centuries savaged under the earth in service to English masters.

The net result of all of these comings and goings is a trove of magic that many visitors to Ireland fail to discover. Here are some of the many delights Vagabond Small Group Tours of Ireland mixes and matches into itineraries that imbibe the Beara Peninsula.

Healy Pass: The name of this serpentine mountain road resonates with Ireland’s history. It was built in 1847 in the turmoil of the potato famine to help people get to food sources. It was named for the first governor general of the Irish Free State (circa 1922).

Lorge Chocolatier: Handmade chocolates from a native of France who follows that country’s chocolate-making traditions.

Garnish Island: Out in Bantry Bay this island enjoys a micro-climate where a formal Italianate garden of, among others, sub-tropical plants flourishes.

Milleens Cheese Ltd: This company is the oldest company producing farmhouse cheeses in Ireland. Home base is a farm that boasts a herd of Holstein-Friesians, a breed distinguished for milk production (dating to 2000 BC) and recognized as those black and white cows.

15th Century Dunboy Castle: This ruin represents a clan (O’Sullivan) that held the reins over coastal fisheries and therefore the livelihood and bellies of local folk.

Bullig Bay Looped Walk: A scenic trail replete with ruins (including Dunboy Castle) in and out of the woods along the bay. Watch out for traditional dry-stone walls, a ruined watch-tower and crumbling walled enclosures, each steeped in history.

Copper Mines Museum: Think the TV series Poldark that was set across the Irish Channel in Cornwall. Techniques of copper mining in Cornwall (shown in the TV series) made their way over to Allihies in the early 19th century, leaving behind today’s labyrinth of dangerous and deserted mine shafts, skirted by Vagabond’s off-road vehicles. (Up to 40% of the population of Butte, Montana in the U.S., descended from emigrant miners from this area.)

Derreen Garden: Dating to Clan Sullivan that controlled the fisheries, guests today can stroll the paths through this 60-acre estate confiscated by Cromwell’s friends in the mid-17th century, a time that marked Protestant control over the then-Catholic population.

Seal Colony: A colony of roughly 250 seals bask on the rocky outcrop of Seal Island visible to guests boating across Bantry Bay.

Vagabond Tours of Ireland offers two styles of culturally immersive travel. Vagabond Adventure Tours are for active travellers who want to mix up hiking and biking and other outdoor adventures with history, culture, dining and shopping. Active tours that partake of the Beara Peninsula are:

Driftwood Journeys of Discovery follow similar itineraries but at an intimate and in-depth looking and lingering pace, sans the physical exertion. In the end the mission is to have guests “love Ireland as much as we do,” says Rankin.

On all of its tours, Vagabond staff curate locally-owned accommodations, pubs and restaurants that help serve their goal of authenticity. Transport is in a custom 4x4 Mercedes 'Vagatron' or Mercedes-Benz “Drifter” that allows access beyond where regular tour buses go. In 2019 Vagabond will also be utilizing a fleet of Mercedes “Sprinters” and Volkswagen “Crafters” for guest comfort.

About Vagabond Tours of Ireland